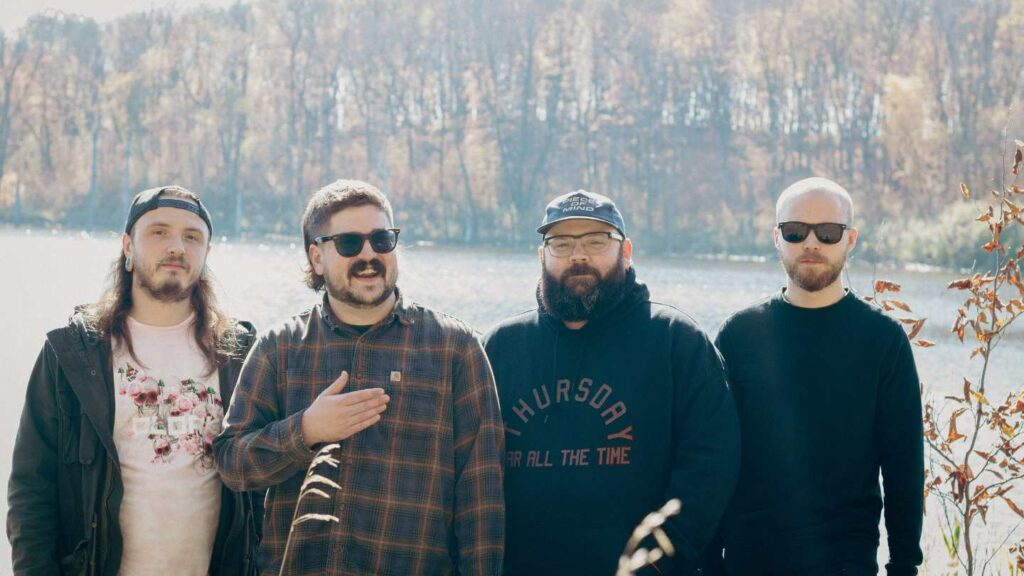 Jade Presents has partnered with Fargo Brewing Company for a celebration event, unlike anything we’ve done before with the Crafted Community Concert Series! This series combines our shared passion for local music and quality craft beer in perfect harmony. Each quarter, we will partner with a local musical act to create a specialty beer collaboration to be launched in concert with a Live & Local musical event!

In conjunction with the Crafted Community Concert Series, we joined together with our partners at Fargo Brewing Company, Midwest Bummer Punks, Pass The Flask, to craft a joint release and concert event for the release of their LP, Shiver. The local Fargo/Moorhead band met with Fargo Brewing Co. brewers to craft a distinctively unique beverage that suits the taste and style of the band’s aesthetic and our brewery’s standards for quality craft beer!The release of Shiver Dunkel Lager, named after the bands upcoming LP release, will also coincide with a concert event in The Hall at Fargo Brewing on Friday, January 13th with Triple Deke and Pretty Hardly!

ABOUT THE BAND
Playing their first show in 2014, Pass the Flask is an emotionally driven punk band hailing from the Fargo-Moorhead area. Founded by original members Curtiss Hamende (drums) and Michael Hansen (guitar and vocals), PTF has had 7 releases, a live EP, and countless Midwest/U.S. tours. Bassist Don Gordon joined the band in 2015. He has been around for most of the debauchery, from chaotic house shows in South Dakota to chaotic house shows in Tennessee, Don has been there for it all. Guitarist Tristan Barstad joined the band in Spring of 2020 when all the group could do is buckle down and focus on writing. Tristan’s vocals and guitar leads have melded incredibly well with the band and have led to a new sound. Over the course of 2021-2022 PTF recorded their second full length album called “Shiver” which will be out Winter 2022-2023. The band just did their first tour in July since Covid shut everything down, hitting up old spots like Omaha, NE and Minneapolis, MN and new spots like Casper, WY and Pueblo, CO. PTF also just released two new singles “Smoke Stained Walls” and “Grease’s House” on their Summer Promo 2022 tape. Check it out anywhere online (bandcamp for bonus songs though).