Deana Carter with The Jensen Sisters 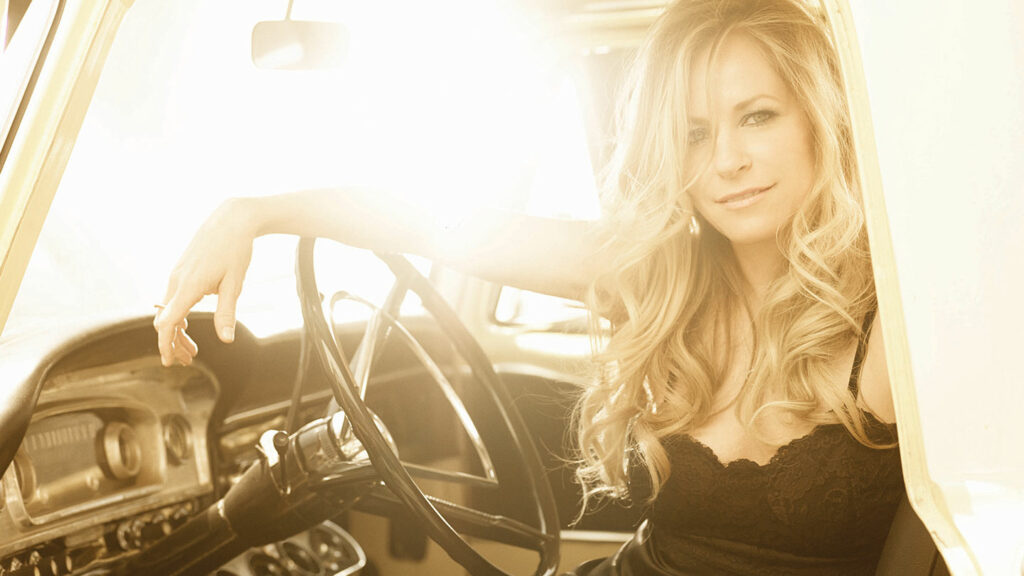 Drenched in sun-kissed natural beauty both inside and out, Nashville native, Deana Carter, didn’t take a seemingly easy route to stardom, but instead chose to defy the conventional expectations of the typical Nashville artist blueprint and make her own mark. And she did, undeniably taking the industry and fans by storm with her wildly successful multi-platinum international debut “Did I Shave My Legs For This?” more two decades ago. Anchored by the dreamy super hit ” Strawberry Wine”, Carter showcased her own blend of country and retro- rock sprinkled with the folksy singer/songwriter qualities that have garnered Deana Carter well- deserved respect and wild acclaim.

With EIGHT albums under her belt, Carter explores many subjects commonly shared over a quaint dinner, afternoon coffee or a sunny day hike with a good friend.

Her last release of Southern Way of Life was her first dive as Label CEO on her own Little Nugget Records, distributed by Sony/Red. These songs weave through the sometimes rocky terrain of adulthood, including loss of love, relationships on many different levels, trials, tribulations and simply put – life. As always, Instinctively autobiographical, the subject matter mimics the interesting ride of Carter’s own life – so far.

The daughter of famed studio guitarist and producer Fred Carter, Jr., Deana grew up exposed to the wide variety of musicians her father worked with, including Willie Nelson, Bob Dylan, Waylon Jennings, Simon & Garfunkel, Muddy Waters, Dolly Parton, and many more. Their strong influence would eventually seep into Deana’s own country-pop style, which reflects qualities that can also be heard in similar artists now, such as Miranda Lambert and reflective of artists like Sheryl Crow.

Developing her songwriting skills by trial and error at writer’s nights throughout Nashville, Carter eventually signed a writing deal with Polygram and soon after a record deal with Capitol Records. One of her demo tapes happened to fall into the hands of none other than Willie Nelson, who remembered Deana as a child. Impressed with how she’d grown as a songwriter, Nelson asked Deana to perform along with John Mellencamp, Kris Kristofferson and Neil Young as the only female solo artist to appear at Farm Aid VII in 1994.

Her debut album, “Did I Shave My Legs For This?” boasts six songs co-written and with the album co-produced by Carter, was released to strong reviews in late summer 1996. By the end of the year, the record had climbed to the top of both the country and pop charts, quickly achieving multi-platinum status, with 3 number one singles in a row. A “first” for the genre, Deana’s celebrated debut album held this distinction and many ground breaking achievements for more than 5 years and has become one of Country Music’s most treasured classics of the 90’s.

“Everything’s Gonna Be Alright” followed in late 1998 and in 2001 Carter realized her dream of performing with her dad on an intimate holiday album, aptly titled “Father Christmas.” Making a strong move towards adult pop Carter released “I’m Just a Girl” on Arista Records in 2003, the same year Capitol Records released a Greatest Hits compilation. Follow-ups “The Story of My Life” in 2005 and “The Chain” in 2007 were both released on Vanguard Records. In an effort to pay homage to her musical roots and preserve her legendary father’s label Nugget Records, that famously presented some of the best in country music some 40 years ago, Carter opened her own label, Little Nugget Records, on which her latest album “Southern Way of Life” was released.

Carter now divides her time between Los Angeles, Florida and Nashville, writing and producing for both the pop/rock and country markets when not on the road touring or making movies.

Her superstar success continues to be evident as the chart topper “You & Tequila”, co-written with Matraca Berg and recorded by Kenny Chesney, was nominated as CMA’s “Song of the Year”, as well as two Grammy nods, notable the coveted “Song of the Year” , and, also, received a nomination as ACM’s “Song of the Year”. You and Tequila received a coveted ‘Songs I Wished I’d Written’ by the NSAI in Nashville, something Deana treasures, coming from her hometown music community.

Carter also co-wrote and produced an album for recording artist Audra Mae & the Almighty Sound, while putting the finishing touches on her own “Southern Way of Life.”

She has recently held a Governor’s seat on the Grammy Board for the Recording Academy and served on the Producer’s & Engineer’s Wing, The Membership Committee, & held an active voice for Artists & Creators with Advocacy in Washington, D. C. & throughout the last year for Pandemic Relief.

The Deana Carter with The Jensen Sisters at Fargo Theatre originally scheduled for Friday, July 8, 2022 has been rescheduled to Saturday, July 30, 2022. All tickets purchased for the original date will be honored for the new date. Jade Presents has a no-refund policy for all events but extends a 7-day refund window as a courtesy. The refund window will close on Thursday, July 14, 2022. To obtain a refund or if you have questions contact Tickets300 at [email protected] or 866-300-8300. Tickets300 is open Monday through Friday from 10AM to 2PM.