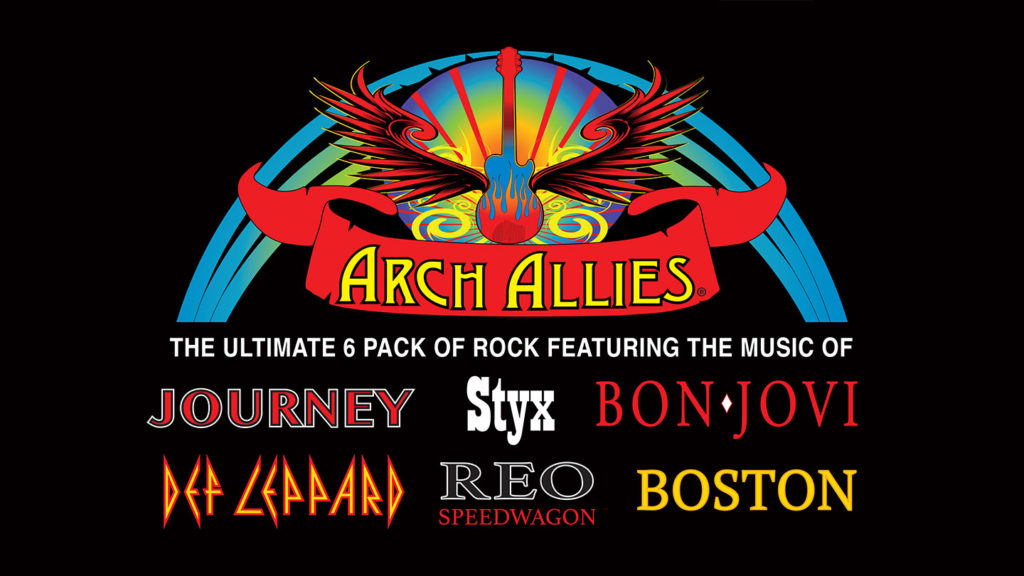 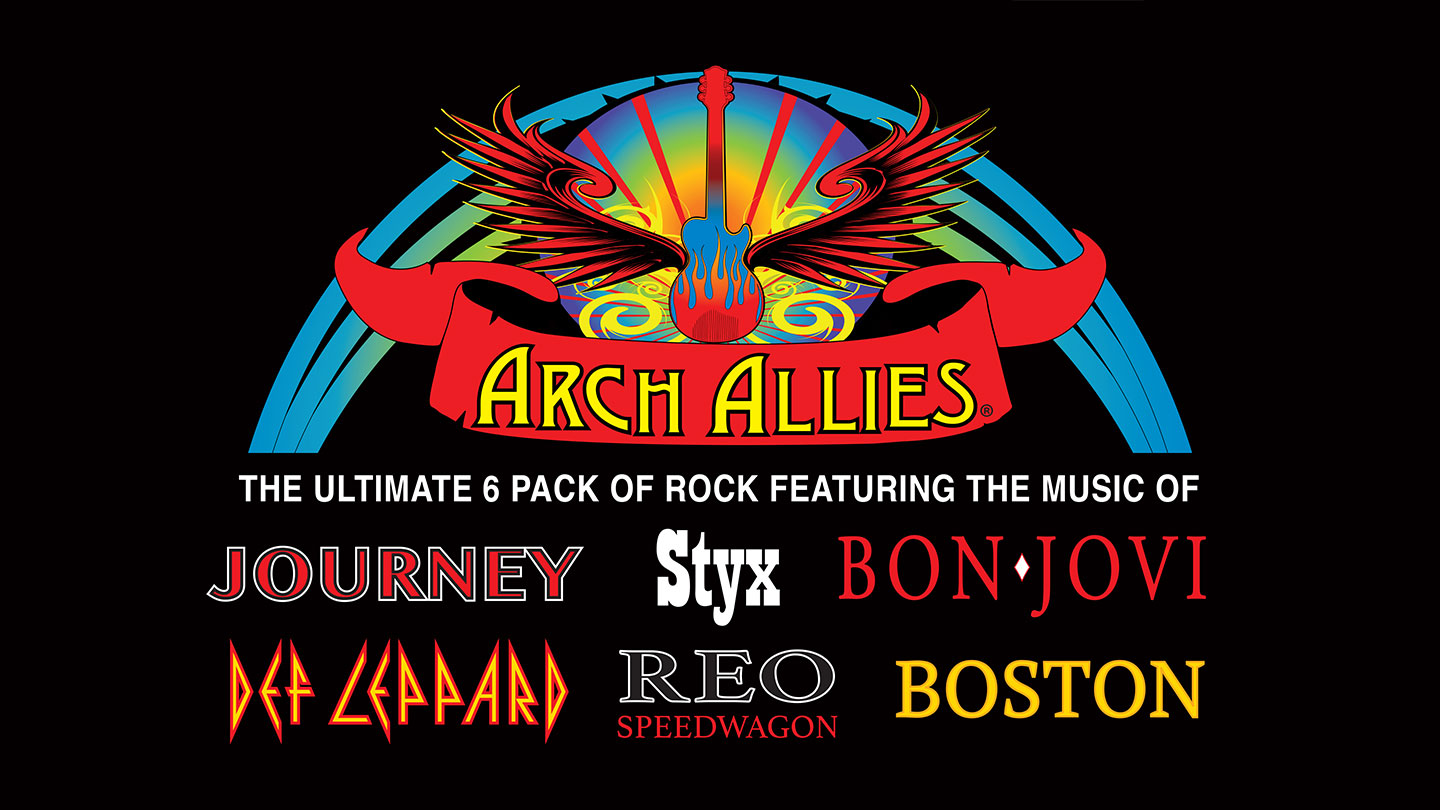 A TIMELESS TRIBUTE centered around making classic rock sing-alongs with dynamic vocals, huge guitars, dashing keyboards and powerful drums. This show is MAKING WAVES as the NATIONAL TOURING TRIBUTE show in North America. Arch Allies has performed from Florida to Washington state and from Mexico to Canada with performances for everything from event entertainment, fairs and festivals , and of course, many casinos around the country.

Being accused of “Lip Syncing” due to their ability to so perfectly replicate the big bands of the 80’s, is the best compliment they have received. People just have a hard time believing any band can SOUND SO MUCH like the real thing! Arch Allies succeeds.

JOURNEY, upon hearing of Arch Allies and watching videos online, were so concerned at their ability to perform their music so closely to their own, put out a cease and desist immediately forbidding Arch Allies to show any videos featuring their music on any public forum. If we can IMPRESS THEM with our performances, you can imagine how much the fans enjoy the show!

Finally, this band knows how to HAVE FUN on stage and brings that NON-STOP EXCITEMENT and energy througout their concert with the addition of their huge video screen, confetti and professional sound and lighting. From the beginning of their show, till the final bow at the end of the night, people are completely engrossed with THE EXPERIENCE THAT IS ARCH ALLIES.