The Just Because You Sing Loud Tour! 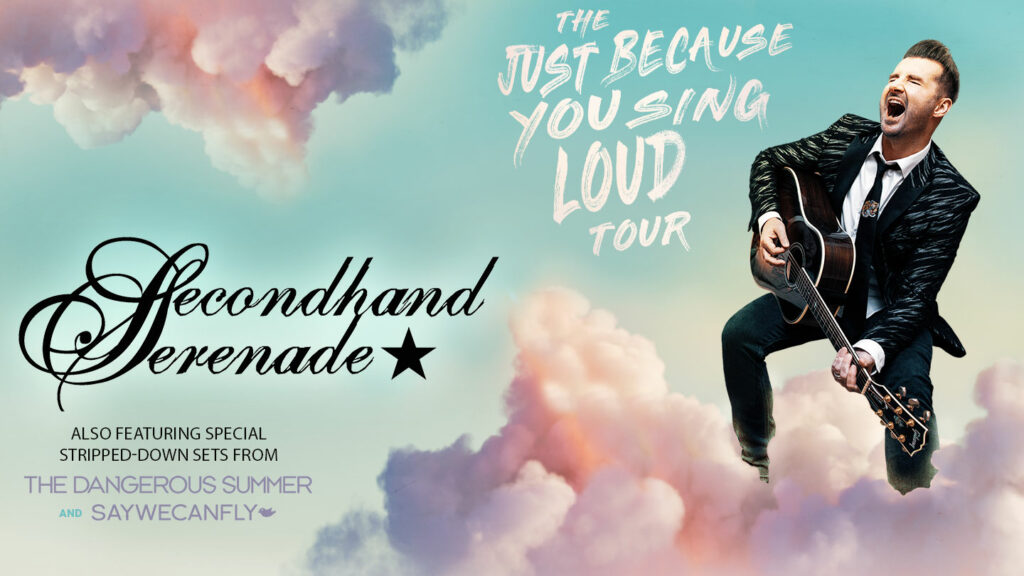 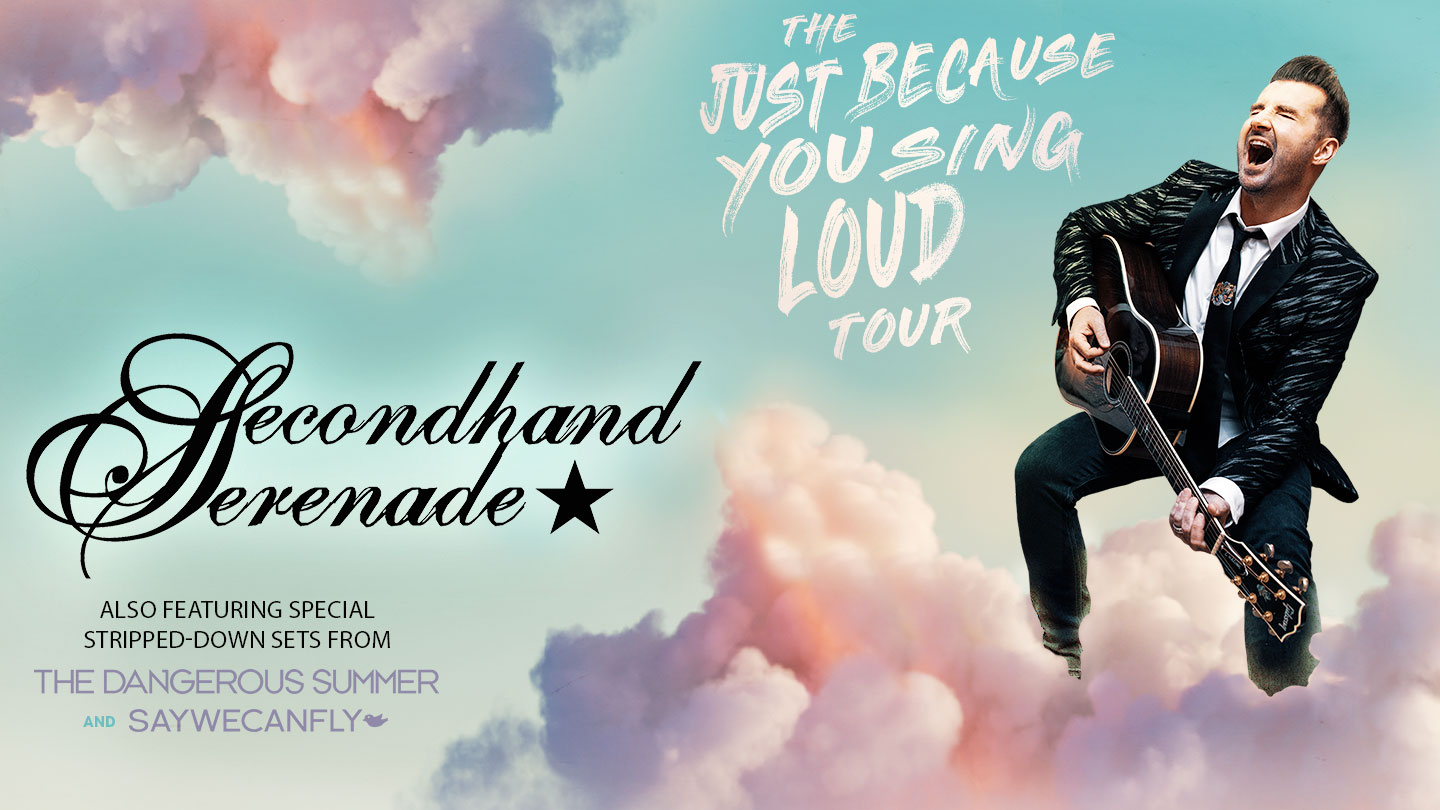 Before the explosion of Instagram, Facebook and Twitter, the music industry had not yet seen a forward-thinking artist rise from the internet to find success in the mainstream. But all of that changed in the form of a lone man and his guitar. The year was 2007 when the #1 Myspace artist took the leap from the early days of social networking to the world of big box retail, releasing his first album commercially through a brand new record label. The artist was Secondhand Serenade, the label was Glassnote Records. Fast forward a full decade later and the team is getting back together. Not only is Secondhand Serenade (real name John Vesely) back on the Glassnote roster but he has a brand new album in the works which he will be fully producing himself.

Secondhand Serenade quickly shot to the forefront of the emo-pop movement, selling out tours, appearing on late night television and hitting the top of the radio charts along the way. Armed with a multi-platinum single in “Fall For You”, a growing reputation as a world class live performer, and his trusty acoustic guitar, the California based musician became the face of a genre.

After a relocation to Nashville, Tennessee and a break from touring, Vesely is in the process of writing and recording a new album and headed on tour October 2021 “I am so excited to be fully producing this next release. Having control over every aspect of each song really gives me the freedom to make it my own.”