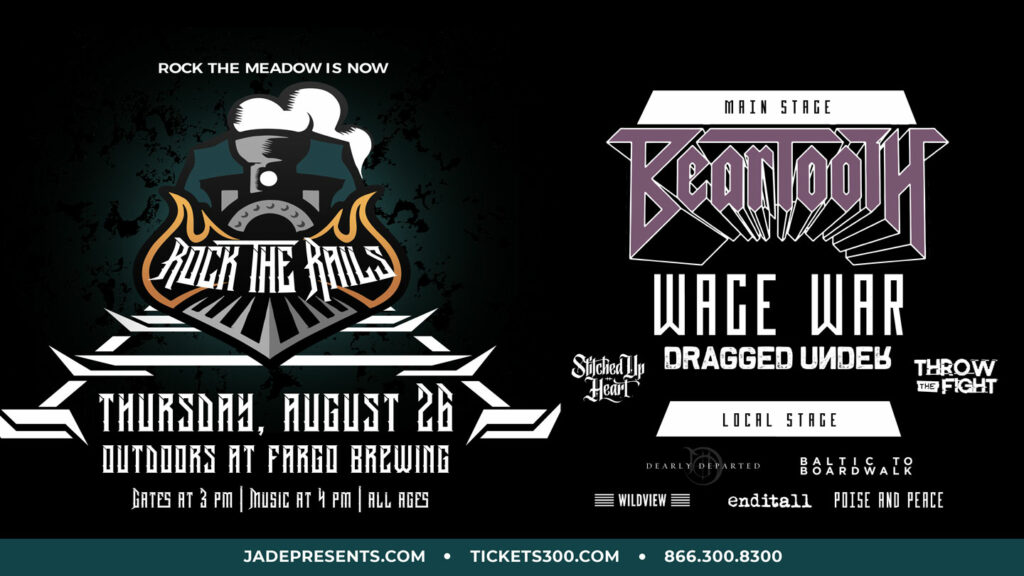 Rock The Rails (aka Rock The Meadow) has been rescheduled to August 26. All tickets purchased will be honored for the new show date. As of May 10, 2021, all sales are final, and refunds are no longer available. If you have questions or concerns, reach out to Tickets300 at [email protected] or 866-300-8300. 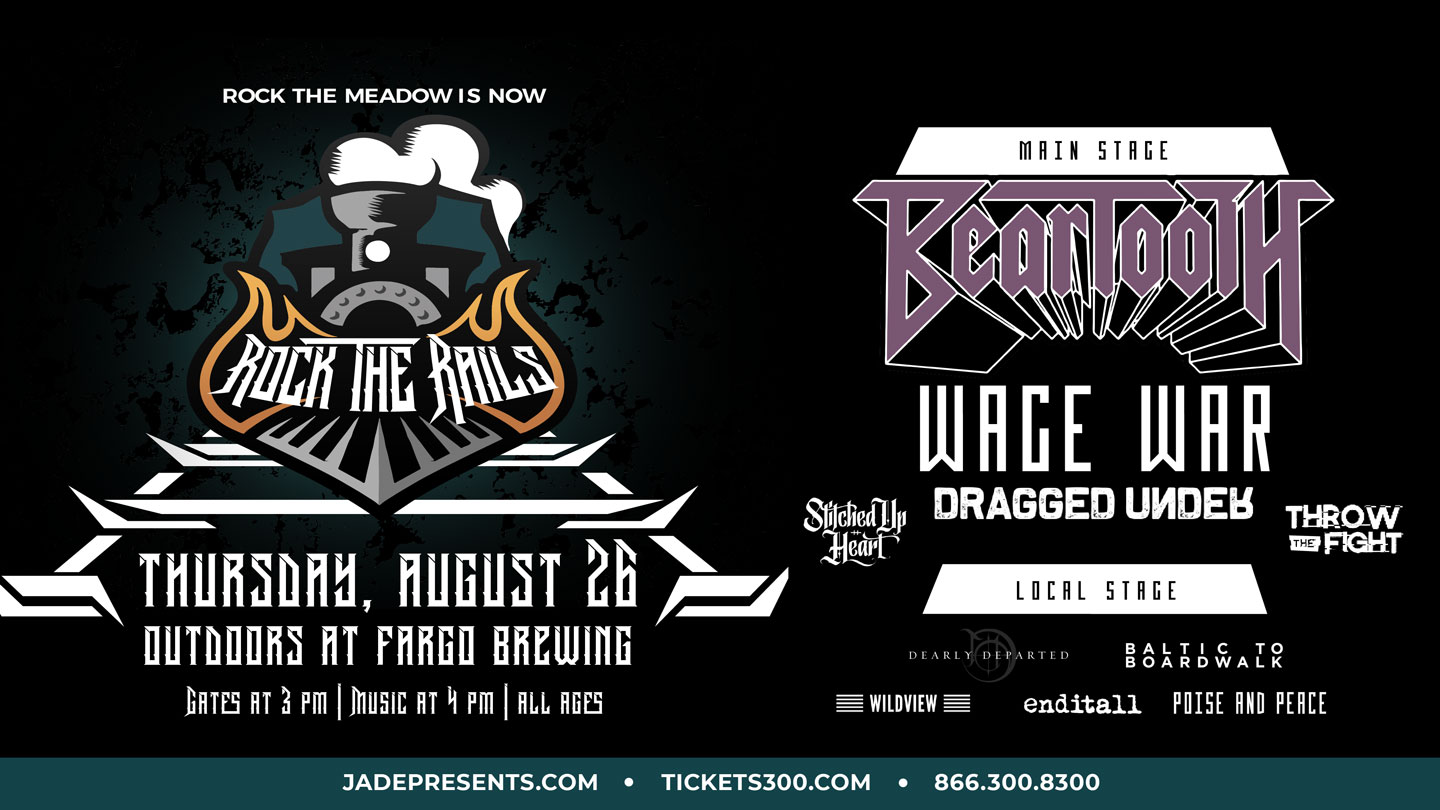 Rock The Rails (aka Rock The Meadow) has been rescheduled to August 26. All tickets purchased will be honored for the new show date. As of May 10, 2021, all sales are final, and refunds are no longer available. If you have questions or concerns, reach out to Tickets300 at [email protected] or 866-300-8300.

August 2021 is going to rock! Jade Presents and Q105.1 (KQWB FM) are pleased to announce the inaugural Rock The Rails (previously called Rock The Meadow in 2020). The event will feature numerous bands crammed into an amped up lineup Thursday, August 26.

A handful of bands play the “devastating riffs and catchy hooks” game, but for BEARTOOTH, this music is the difference between life and death. As easygoing, charming, and outgoing as these young men may appear, there’s an inner turmoil churning away, only satiated by the savage music they play. Suicidal ideation, emotional desolation and desperate dark nights of the soul are chewed up and spat out in song after song; cathartic singalong anthems like “Fed Up,” “Sick of Me,” and “In Between.” BEARTOOTH is a one-man band in the studio. It began as musical exorcism, conceived in frontman Caleb Shomo’s home recording sanctuary, a means to tame the demons of debilitating depression and anxiety he’s suffered since childhood. BEARTOOTH harness the sacred and profane to purge inner darkness with a dizzying light. BEARTOOTH’s effect on listeners is evident by their invitations to major festivals world and tours with Slipknot, Bring Me The Horizon and A Day To Remember; and a RIAA-certified gold single. When Rolling Stone introduced BEARTOOTH as one of 10 New Artists You Need To Know, the sound was rightly described as “like a nervous breakdown, usually with enough optimism to push through.”

Through an unwavering dedication to progression, Wage War sharpen their patented hybrid of heavy pit-starting technicality and hummable hypnotic melodies with each subsequent evolution. Look no further than the aptly titled third full-length from the Florida quintet, Pressure The band—Briton Bond [lead vocals], Cody Quistad [rhythm guitar, clean vocals], Seth Blake [lead guitar], Chris Gaylord [bass] and Stephen Kluesener [drums]—drove themselves to fully realize their ambition by pushing harder. A whirlwind four years set the foundation for such a statement. The group’s 2015 debut, Blueprints, yielded multiple fan favorites with “Alive” cracking 12 million Spotify streams and “The River” exceeding eight million to date. Meanwhile, 2017’s Deadweight established the boys as a rising force. Totaling nearly 50 million cumulative streams in two years, the single “Stitch” racked up 14 million streams on Spotify as Deadweight received widespread praise from MetalInjection, New Noise, Metal Hammer, and Rock Sound who dubbed it, “a relentless, genre-evolving treat.” Meanwhile, they toured alongside everyone from I Prevail and Of Mice & Men to Parkway Drive and A Day To Remember, logging countless miles on the road.

Creating powerful and driving guitar riffs accentuated by soaring rock and roll choruses in the vein of As I Lay Dying meets Nothing More, the Minnesota quartet that makes up Dearly Departed, brings an intense live show, crowd pleasing riffs and range defying vocals. In their region, they have established themselves as one of the best up and coming hard rock acts, drawing hundreds of people in their local market along with interest and radio play on Q105.1 in Fargo, N.D., and 93X in Minneapolis, Minn.