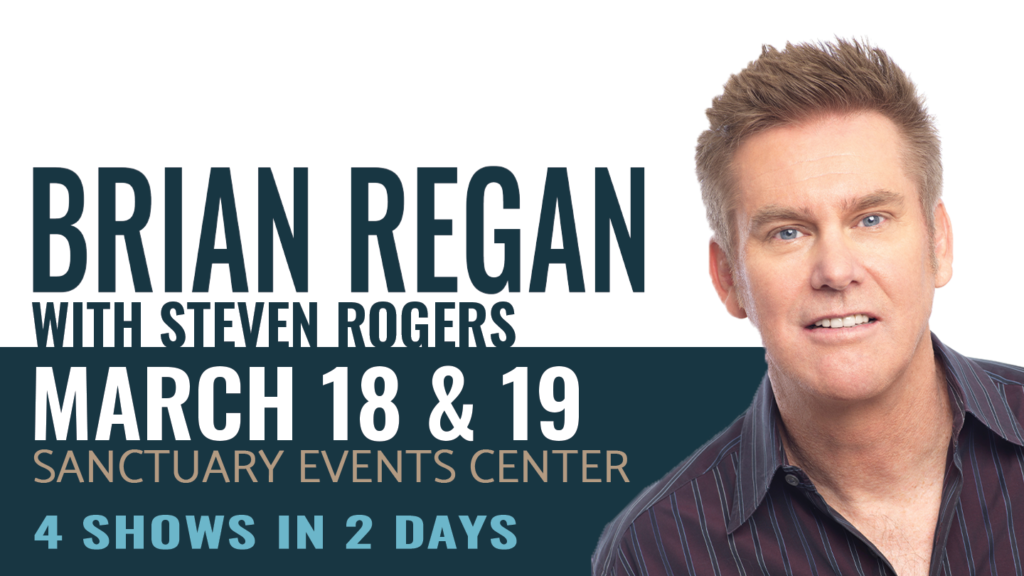 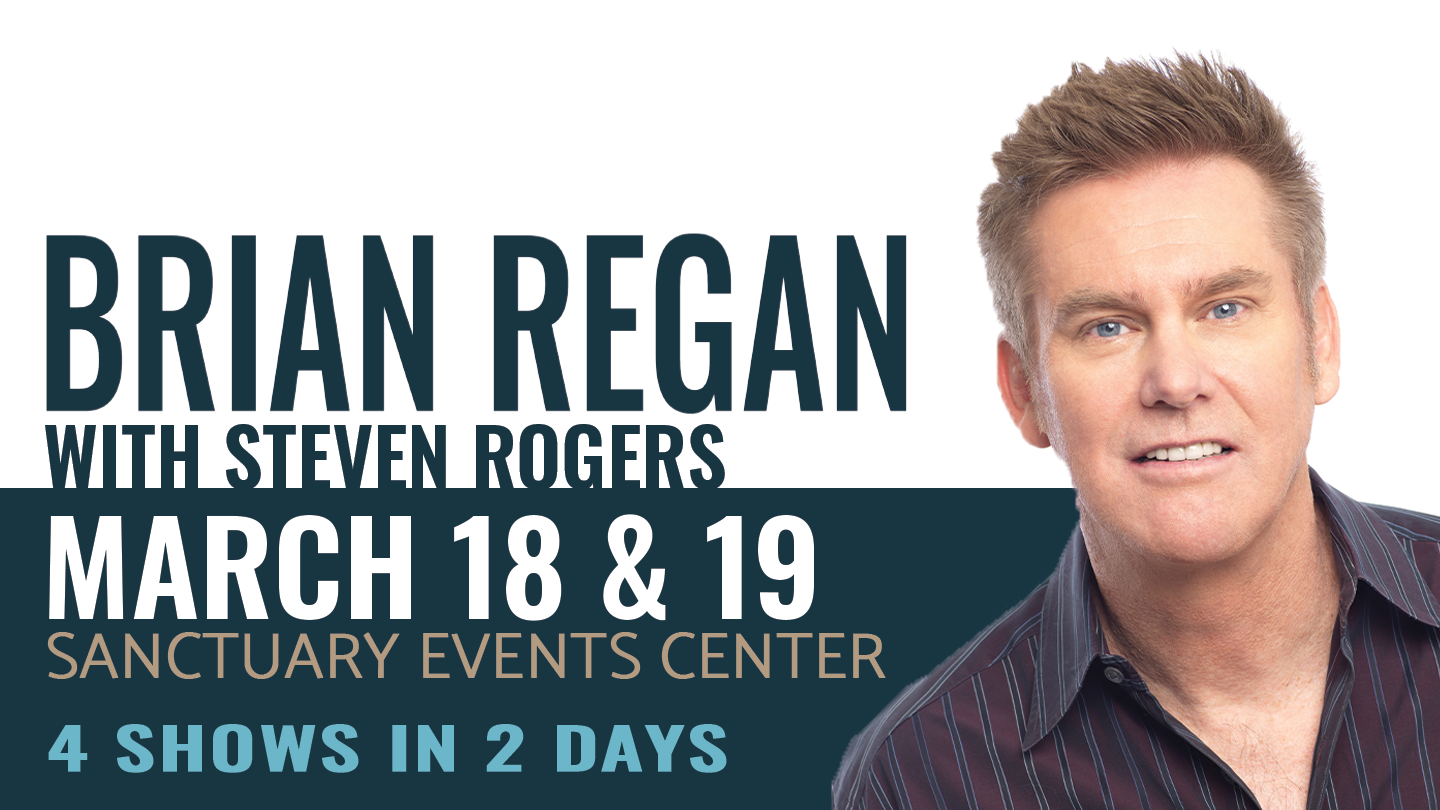 Critics, fans and fellow comedians agree: Brian Regan is one of the most respected comedians in the country with Vanity Fair calling Brian, “The funniest stand-up alive,” and Entertainment Weekly calling him, “Your favorite comedian’s favorite comedian.” Having built his 30-plus year career on the strength of his material alone, Brian’s non-stop theater tour continuously fills the most beautiful venues across North America, visiting close to 100 cities each year.

Brian stars in his own Netflix series, Stand Up And Away! With Brian Regan, which premiered on Christmas Eve 2018. Brian and Jerry Seinfeld Executive Produce the four-episode original half- hour series that combines sketch comedy and stand-up.

Brian premiered his seventh hour of comedy, the Netflix special, Brian Regan: Nunchucks And Flamethrowers, on November 21, 2017, which is also available as a vinyl album. This is the first special in a two-special deal with Netflix, joining Brian with Dave Chappelle, Chris Rock, Jerry Seinfeld and others in multi-special deals with the leader in worldwide streaming. Brian’s second Netflix special is planned for release in 2020.

Brian can be seen in the role of “Mugsy” in the Peter Farrelly TV series, Loudermilk, on The Audience Network. Farelly personally cast Regan in the series, which premiered on October 17, 2017 to rave reviews with Brian earning accolades for his portrayal of a recovering addict who is estranged from his family.

Brian made his London debut on February 2, 2019 at The Leicester Square Theatre and he made his Kennedy Center debut with two sold-out shows on March 21 & 22, 2019. He appeared at Carnegie Hall on November 11, 2017 following years of performances in New York City’s finest theaters including Lincoln Center’s Avery Fisher Hall, The Beacon Theater and Radio City Music Hall. Brian’s tour has included visits to Denver’s legendary 8600-seat Red Rocks Amphitheater and the 12,500-seat EnergySolutions Arena in Salt Lake City.

In 2015, Brian made history with his stand-up special, Brian Regan: Live From Radio City Music Hall, as the first live broadcast of a stand-up special in Comedy Central’s history.

A regular on The Tonight Show Starring Jimmy Fallon, Brian is the rare guest who the show invites on for two segments: a performance segment and a segment on the couch to chat with Jimmy. Previously, Brian was a regular guest on The Late Show with David Letterman, making 28 appearances on the CBS show.

Brian made a scene-stealing cameo in Chris Rock’s film, Top Five, and he is a guest on two episodes of Seinfeld’s Comedians in Cars Getting Coffee, which is now streaming on Netflix.