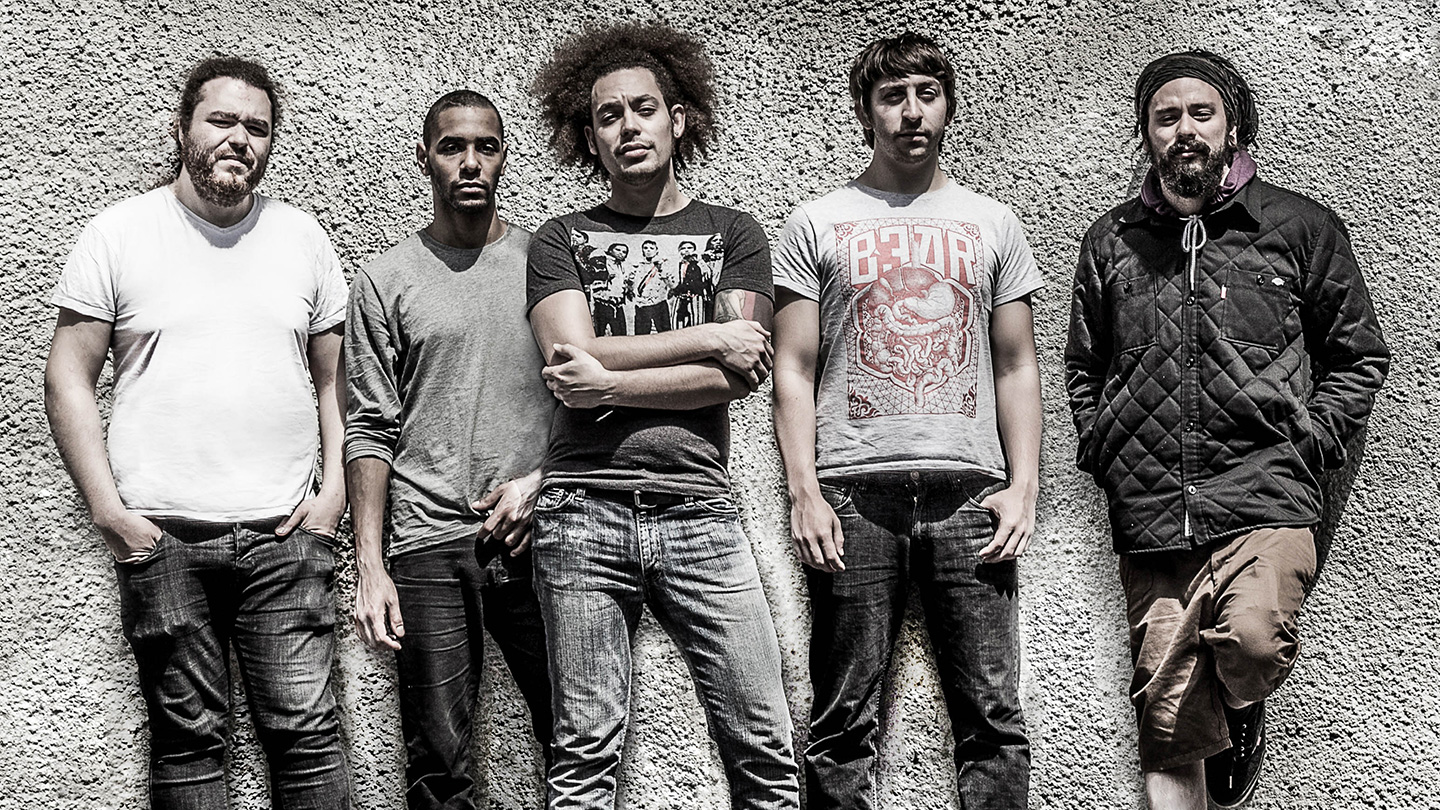 We regret to inform you that Monuments with Skyharbor & Vespera is cancelled due to COVID-19 concerns. Refunds are available at point of purchase. All tickets purchased through Etix with a credit or debit card will be refunded automatically. You should expect to see your refund within 10-15 business days. We do apologize for any inconvenience.Dear Monuments fans,

Progressive metal luminaries Monuments are back with their most innovative work yet in new album, Phronesis. The path to get there wasn’t an easy one, however. To support previous album, The Amanuensis, Monuments embarked on a two-year global journey. The transcontinental metallers sated fans and made new ones across Europe, Australia, South Africa, the United Kingdom, and the United States, sharing the stage with Protest the Hero, Animals As Leaders, Karnivool, After the Burial, and Devin Townsend.

When Monuments returned home, it was time to heal up physically and mentally. The opportunity to mend minds and heal wounds not only fortified Monuments, it afforded primary songwriter John Browne space to craft Monuments’ best material to date. Coupled with vocalist Chris Barretto’s “blank slate” lyrical mandate, Phronesis isn’t about starting over but rather moving forward. “I find that I’ve always thrived when writing about subjects that trouble me,” says guitarist/principal songwriter John Browne. “I always have written music to objectively relate it to points in time, points of chaos, and how it related to my universe. That made the writing process difficult for me, writing as a blank slate with no relation to an event involved in my perception. My personal relationship with the meaning of the record started at ‘Stygian Blue,’ which was the second song I wrote back in 2015. This song came to be while I was in the darkest place I’ve ever been in my 32 years. We all had a bunch of issues that needed time to let heal, so in between writing we were fixing our broken souls.”

Phronesis acted both as a salve for the small issues as well as a full-bodied catharsis for the heavy ones. Often idle hands are the devil’s workshop—so the saying goes—but Monuments were anything but standing still. Browne kept writing, stitching up “Stygian Blue,” hammering through “A.W.O.L.,” forging various metals to form “Mirror Image,” and calculating the right catchiness algorithms for “The Watch.” As with The Amanuensis, Browne needed a word (or words) to describe Monuments’ situation. He went back to Greek, by chance, and found a word that perfectly described scenarios we all face. A lessons learned kind of thing. That word is ‘phronesis.’ “When I tend to write a song, I have a scenario I’m writing to,” Browne says. “I’ll often try and find a phrase that explains that in the best possible way rather than having paragraph long song titles. The word ‘phronesis’ was a big part of society and philosophy in ancient Greece. ‘Phronesis’ is wisdom, but a really specific type of wisdom to do with oneself. Wisdom on your practical actions, good judgement, being excellent in character, practical wisdom. Learning what to do and what not to do based on experience, being mindful of everything around you. Something that, at times, all of us can be terrible at.”

Keen observers would point out Monuments’ fascination with and use of Greek words and themes. While the word ‘amanuensis’ has its origins in Latin, words such as ‘gnosis,’ ‘doxa,’ and, of course, ‘phronesis’ are Hellenic. The title Phronesis itself has been around since The Amanuensis, however. The track “Saga City” is the word ‘sagacity’ split in two. A ‘sagacious’ individual is one who is prudent, which means to govern oneself with logic and reason. The Phronesis tie-in even goes as far back as debut album, Gnosis. Clearly, Monuments are as involved in their lyrics as they are in their smart-minded, cleverly-constructed music. “The Greek connection is merely by chance,” says Browne. “Their society had already processed and had become aware of all of these situations that I have seen. Must have been quite the brainy bunch. I tend to pick-up on what myself and other humans do and how that affects my life on this earth. I’ve always been fascinated by the actions of humans, good and bad.” To words and ideas into a visual, Monuments hired British artist Will Cross to do the cover for Phronesis. A strikingly simple yet effective cover of blacks, blues, grays, and whites, Cross’ centerpiece depicts a human like figure drowning in water or the flames of darkness. It’s the perfect cover to illustrate Monuments’ musical and lyrical direction, as they pivot away from the entropy of the past. “Will Cross did the cover,” Browne says. “He’s sick! The front cover depicts a man on fire surrounded by chaos. I’m hoping people will put two and two together here!”

Recorded between March and July 2018 at several studios across the globe, Phronesis represents yet another evolutionary step in Monuments’ sound. The guitars of Browne and sideman Olly Steele were recorded by Jim Pinder at Treehouse Studios in Derbyshire, England, the drums were recorded and played by ex-drummer Anup Sastry (he’s since been replaced by Daniel ‘Lango’ Lang) at his home studio, while Chris Barretto recorded his vocals with Cristian Machado at Soundwars Studios in Hoboken, New Jersey. Phronesis was mixed and mastered by Joel Wanasek at JTW Music in Milwaukee, Wisconsin. “We reached out to Treehouse based on their past work,” Browne says. “We were looking for people who understood what we did and could help get us to the point we were hearing. Chris [Barretto] reached out to Cristian at Soundwars, as they have been long term friends and trusted what Cristian could bring to the vocals. With Anup we knew he had a great sounding studio and room and knew how to track himself so there was no question there. Joel offered to do a test mix and within 3-4 hours we got a test mix back and it was right what we wanted to hear: powerful, full, and crunchy.” While Gnosis and The Amanuensis paved the way for Monuments’ monumental return on Phronesis, it’s songs— really catchy songs—that set the multi-national outfit apart from just about any band on the planet. One listen to “A.W.O.L.,” “Vanta,” “Ivory,” “Leviathan,” and “The Watch” proves Monuments are on the leading edge of musical virtuosity, vocal superiority, and lyrical smarts. Progressive metal is ready for Monuments to take the genre to new heights with Phronesis. “Phronesis is definitely a turning point,” says Browne, “The production is better, the songs are solid, and it’s brought us back together again after a difficult few years. I believe the record is solid and I’m excited for everyone to hear it and hopefully enjoy it.” MONUMENTS are: Chris Barretto (vocals), John Browne (guitar), Olly Steele (guitar), Adam Swan (bass), and Daniel ‘Lango’ Lang (drums, samples). Expect to see Monuments on stage in 2018 and 2019. They can’t wait to play Phronesis for fans around the world.