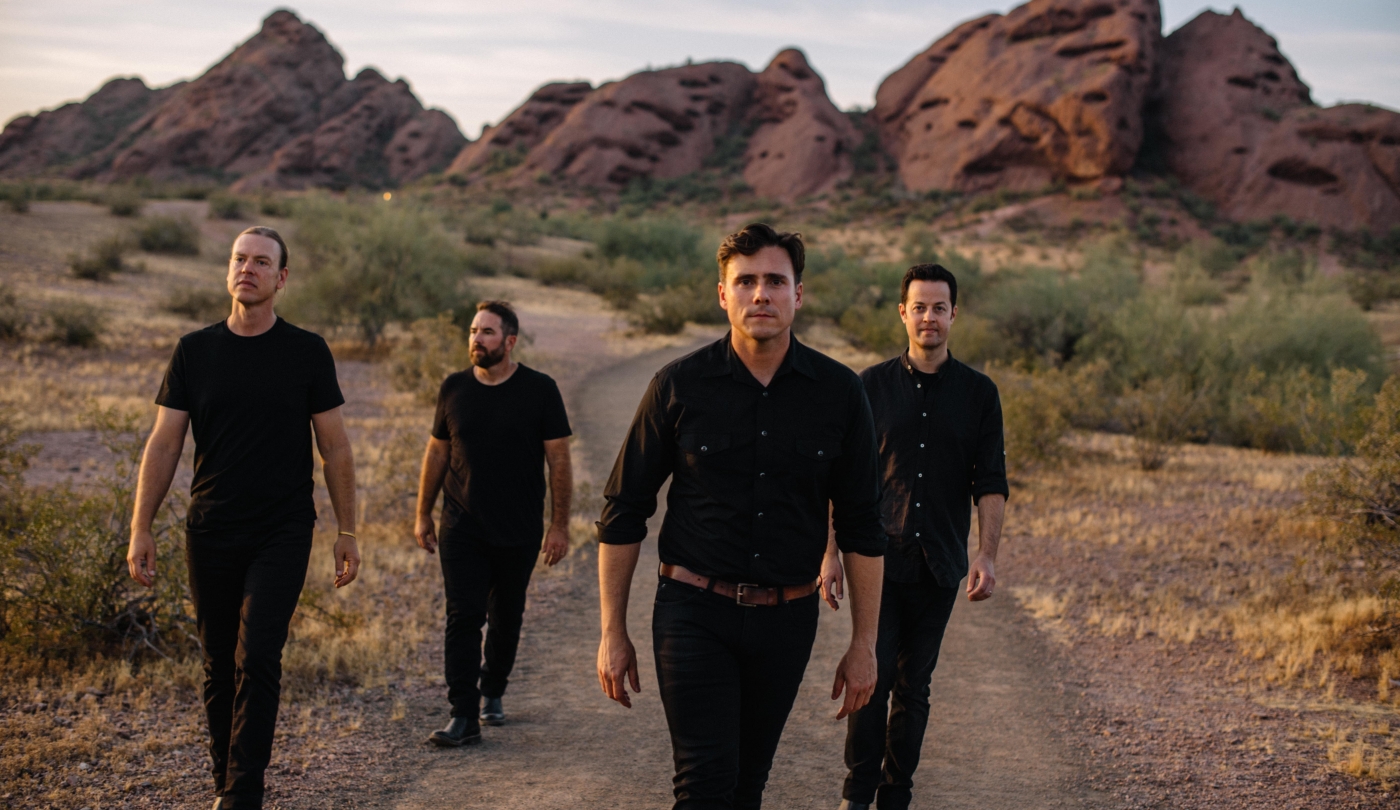 “…I realize that I wouldn’t be who I am today unless everything happened exactly the way it did. I can listen back to our records and hear that maybe I was trying to tell myself some things before…but didn’t really want to let them in.

Our 1999 album was called CLARITY, but I really wasn’t on a quest for clarity when we put that out.

The crux of the decision is ‘Am I going to do something different or am I going to continue even though I hate who I am right now?’ That’s the difference between surviving and truly living. ”That’s the point of the songs on SURVIVING.” -Jim Adkins

The result is punchy, dynamically explosive & hearkens back to the heavy yet crafted melodic edge that woke the world up to Jimmy Eat World a quarter century ago.

There’s plenty of guitar rock on SURVIVING, from the blast off of the title track through the ferocity of “Criminal Energy,” “All the Way (Stay)” and “Love Never” and the gritty, propulsive grind of “Diamond.” Vibey tracks such as “Delivery,” “Recommit” and the lushly majestic “555” expand the album’s sonic scope, meanwhile, “One Mil” alternates between pretty acoustic verses and anthemic, stadium-caliber choruses. The set-closing “Congratulations” simmers with an edgy sense of purpose as the group declares “You’re on your own.”

Noting that “I was a passenger in my own body for 36 years and never realized it, “Adkins fills SURIVING’s songs with lessons of clarity and insights into the soul and psyche. These are the songs of someone who’s had an awakening; accepting the person he was and finding both solace and joy in the continuing process of who he’s becoming.

“I think we’re at the stage in what I would call a career, and it’s important that you have a grasp of why you’re doing it. With this being our 10th album, there better be a reason you’re continuing –so what is that?”

Much of what Adkins is trying to convey on SURVIVING is a taking of control after becoming sober. No longer is he the prisoner of what he calls “the default operating system” he employed over the years — “I’m just not faithful, that’s who I am” or “I’m just awkward in relationships” or “I just drink like that. I guess that’s me.”

“Criminal Energy,” for instance, comes from an expression for moral sickness that Adkins heard in Germany. “Delivery” and “555” are about becoming self-aware.

“Love Never” celebrates a realization that “love isn’t an abstract dream that one day falls out of the sky, fully formed. It’s a choice. It’s a verb.”