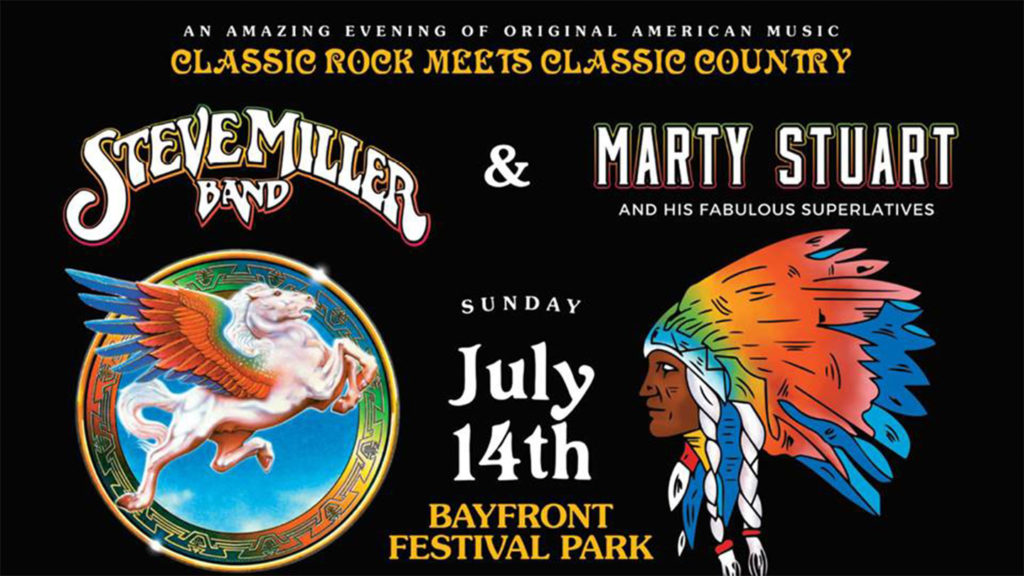 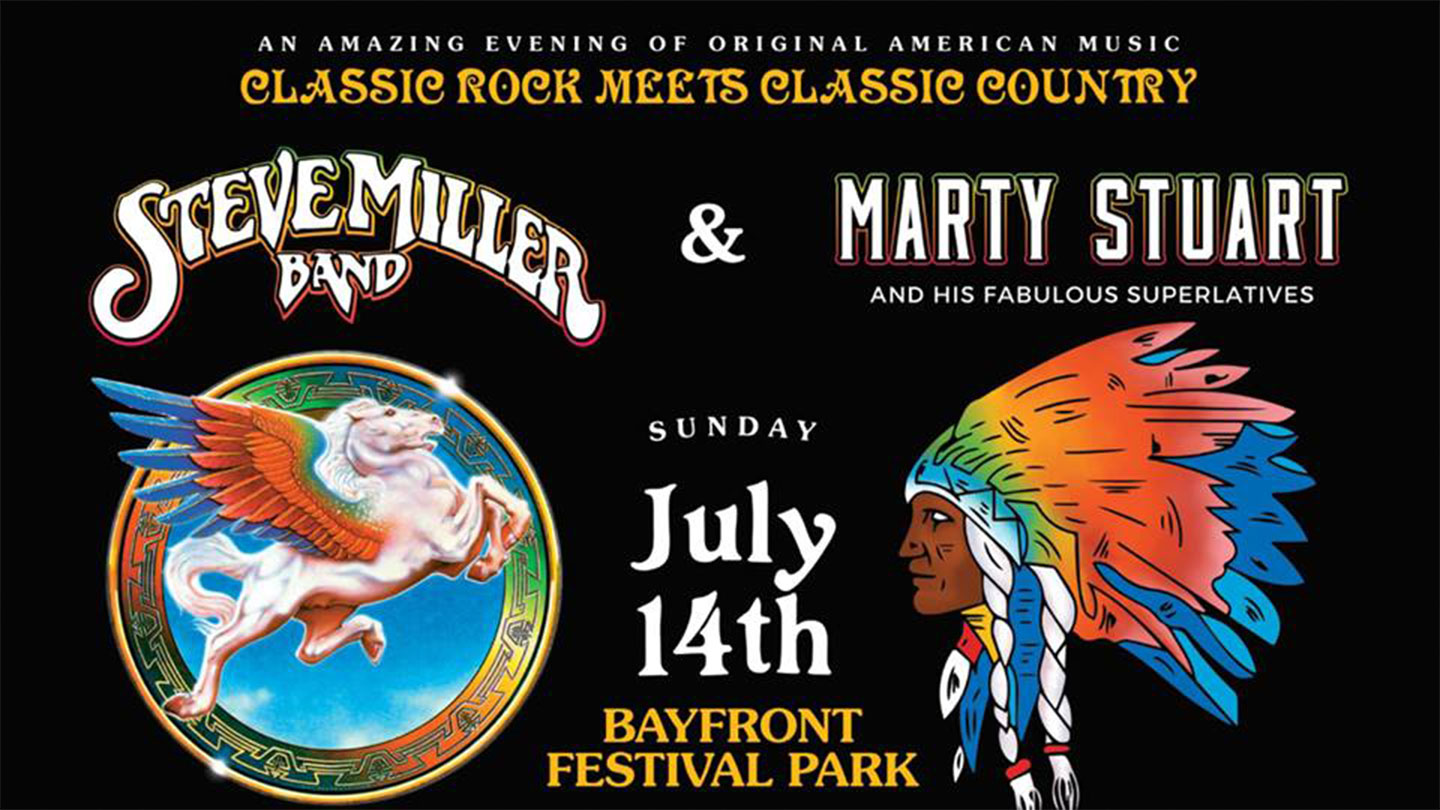 Steve Miller has been an enlivening presence on the American music scene for more than half a century. To begin with, he was a mainstay of the San Francisco music scene that upended American culture in the late ’60s. With albums like Children of the Future, Sailor and Brave New World, Miller perfected a psychedelic blues sound that drew on the deepest sources of American roots music and simultaneously articulated a compelling vision of what music – and, indeed, society – could be in the years to come.

Then, in the ’70s, Miller crafted a brand of pure pop that was smart, polished, exciting and irresistible – and that dominated radio in a way that few artists have ever managed. Hit followed hit in what seemed like an endless flow: “The Joker,” “Take the Money and Run,” “Rock’n Me,” “Fly Like an Eagle,” “Jet Airliner” and “Jungle Love,” among them. To this day, those songs are instantly recognizable when they stream on the radio – and impossible not to sing along with. Their hooks are the very definition of indelible.

Running through Miller’s distinctive catalog is a combination of virtuosity and song craft. And that’s no accident. His parents were jazz aficionados, not to mention close friends of Les Paul and Mary Ford, so, as a budding guitarist, Miller absorbed valuable lessons from that musical tradition. When the family moved to Texas, Miller deepened his education in the blues with family friend T-Bone Walker. Miller then moved to Chicago, where he played with Muddy Waters, Howlin’ Wolf, Buddy Guy, Junior Wells, James Cotton and Paul Butterfield. That range of sources informs his music to this day.

In recent years, Miller has fully immersed himself in the blues and its many byways. As he has always done, he continues to find creative outlets for the full panoply of his musical passions. On his successful tours with the Steve Miller Band, he complements the commercial peaks of his extensive catalogue with lesser-known songs that expand his fans’ awareness of the range of his work. As a member of the Board of Directors at Jazz at Lincoln Center, he has curated and headlined shows that explore themes like the bridge from blues to jazz in the music of guitar great T-Bone Walker; the distinctive sounds of the blues triangle of Memphis, Texas and Chicago; the resonances between the singular musical creations of Ma Rainey and Miles Davis; and the deep American roots music of Appalachia. He is also a member of the visiting committee of the Department of Musical Instruments at the Metropolitan Museum of Art in New York. Indeed, five of his guitars will be displayed in “Play It Loud: The Instruments of Rock and Roll,” a groundbreaking exhibition at the Met that will run from April 8 through October 1 of this year.

In the course of his long, full career, Miller has sold tens of millions of records and his music has been streamed well over 2 billion times. With each listen the beauty and immediacy of his work, whether at its most playful or most serious, is palpable. As always, whether he was riding the top of the charts or traveling the endless blue highways of American music, you can hear him playing and singing with conviction and precision, passion and eloquence, making music that is at once immediately accessible, thrillingly alive in the present, and more than able to stand the test of time.