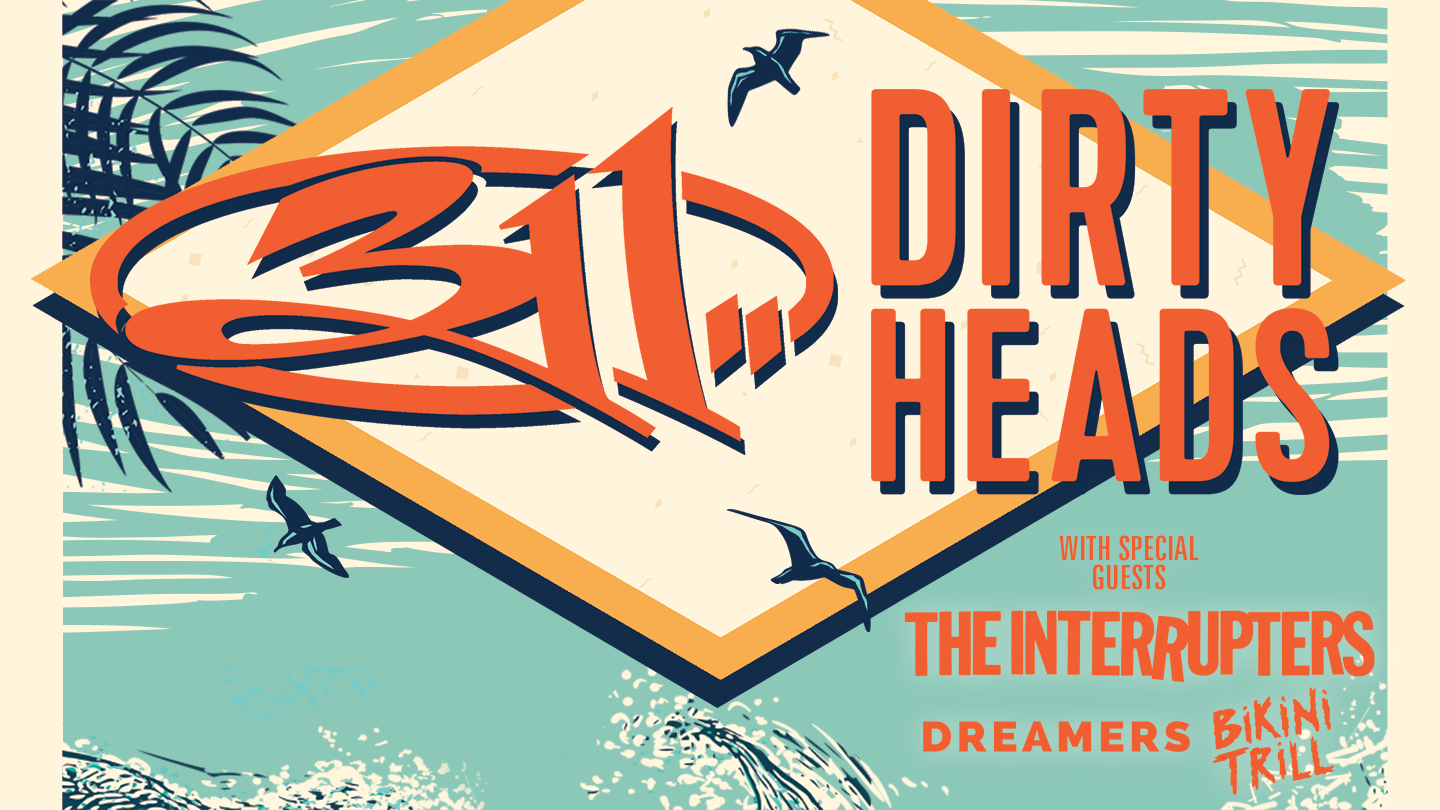 311 mix rock, rap, reggae and funk into their own unique hybrid sound – and have developed a reputation as one of the most entertaining & dynamic live bands in the U.S.

311 have released twelve studio albums, two greatest hits albums, two live albums, three DVD’s and a boxed-set – and have sold over 9 million copies in the U.S. Their last ten albums reached the Top 10 on Billboard’s Top 200 Sales Chart – and nine of their singles have reached the Top 10 on Billboard’s Alternative Radio Chart (including three #1 singles Down, Love Song & Don’t Tread On Me – along with Amber, All Mixed Up, Come Original, Creatures For Awhile, Hey You and Sunset in July).