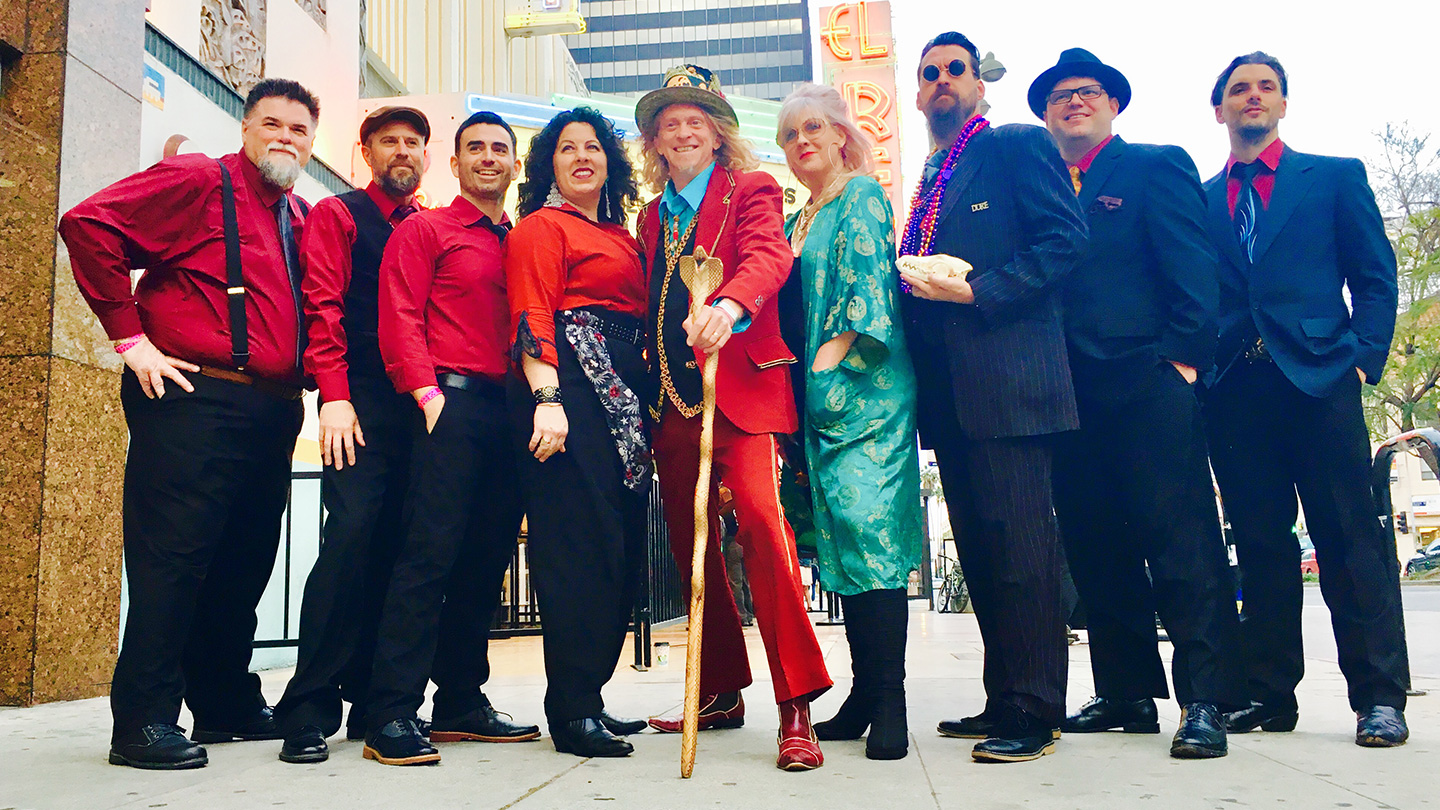 It was about 20 years ago when NPR’s Morning Edition said: “It’s not easy to categorize the music of the Squirrel Nut Zippers, except that it’s hot.”

2016 marks the 20th anniversary of the Squirrel Nut Zippers most celebrated and commercially successful album Hot. Originally released in the summer of 1996, Hot was the follow up to the band’s critically acclaimed debut The Inevitable. By this time the group had already established a substantial live following across the country thanks to early support from NPR, college radio and non-commercial stations. Hot wound up selling over 1.3 million copies.

A newly re-mastered version of the album along with a bonus track: “The Puffer” returned to stores in July on Hollywood Records. Long out of print on vinyl, Hot has now made its glorious return to wax on 180-gram vinyl.

In honor of the 20th Anniversary of Hot, the bands visionary creator Jimbo Mathus, along with founding member and partner Chris Phillips (Drums), have crafted a brand new stage show including several leading musicians from New Orleans to serve up the bands unique musical flavor which owes its roots to that city.

Since July, the Squirrel Nut Zippers have been on tour for the first time in almost seven years. The band has performed at many major festivals this year including: Montreal International Jazz Festival, Strawberry Music Festival, LEAF Festival and the Exit Zero Jazz Fest. On top of that, they have had sold out shows in Los Angeles, San Diego, Chicago, Dallas, Atlanta, Little Rock, Minneapolis and more. Fans are clearly excited the band are touring again.

“We are humbled and incredibly excited by the initial Zippers shows since the re-launch,” band leader Jimbo Mathus commented. “It’s not a reunion, it’s a revival! The band includes cutting edge talent from New Orleans and the songs have been brought to life in an exciting new way. But most things remain unchanged... An amazing experience for young and old.”

Plans are underway for the band to record a brand new album, which would be their first new studio album in seventeen years.