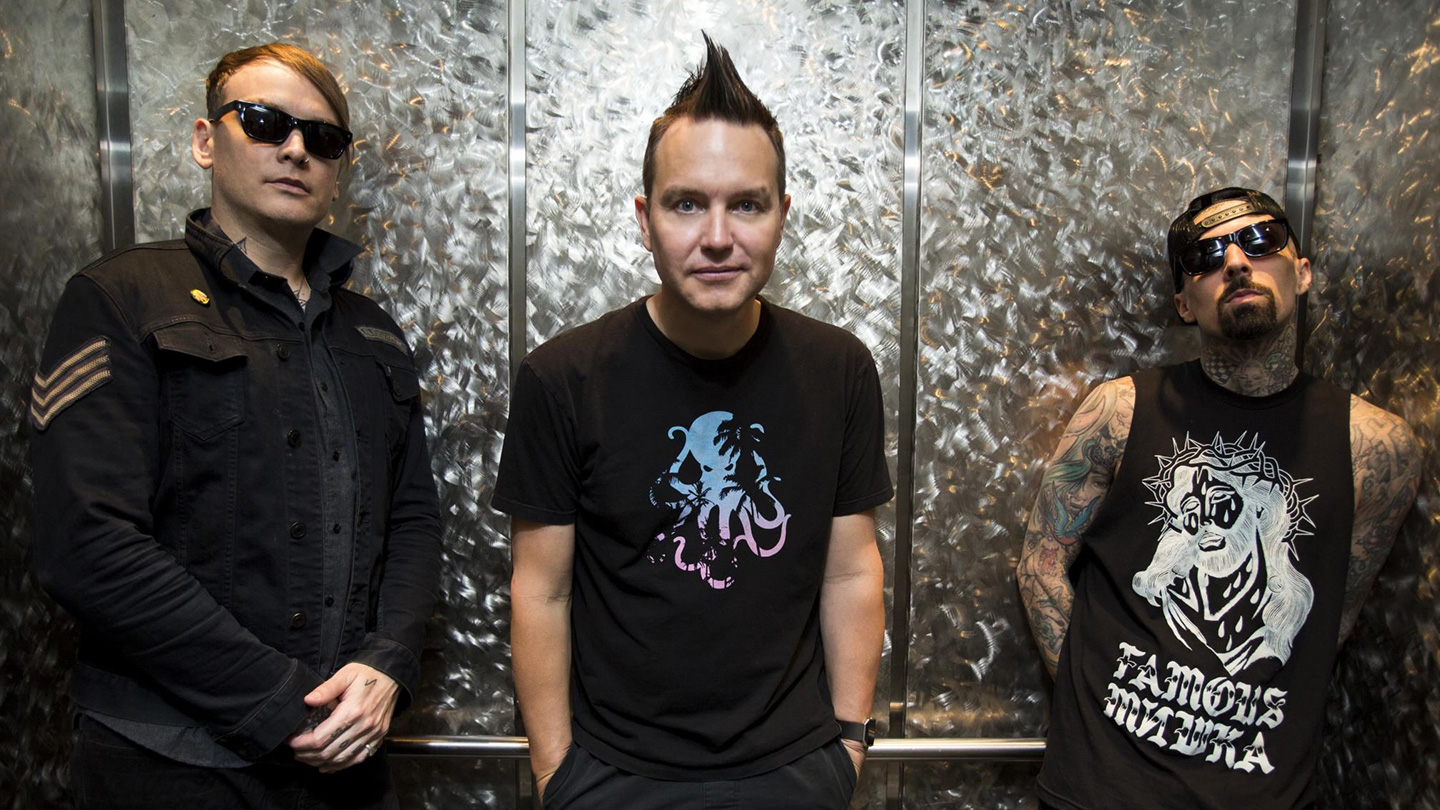 It is with a heavy heart to report that blink must cancel its fall mini-tour which was set to kick off September 8th on their way to headline Riot Fest in Chicago. Medical issues have sidelined Travis per doctors’ orders. Trav’s medical team anticipated that he would be well enough by fall to tour but after recent checkups, they were not able to clear him in time for the scheduled run of dates.

From Travis: “The past few months have just sucked as I have been sidelined just waiting for my doctors to clear me so I could get back on the road and perform with my band. Unfortunately, the risks associated with drumming are still too great. I am doing everything I need to do so I can get back on the road as soon as possible. I want to thank my fans, family, friends, and bandmates for all the love and support.”

All patrons who purchased tickets via credit or debit cards will receive automatic refunds. Any cash purchases should be returned to point of purchase at the Tickets300 box office (302 N. University Drive in Fargo; open 11 a.m. to 6 p.m. Monday-Friday).

Enjoy the show in comfort from one of our spectacular suite decks located on Proof Peak at Bluestem Amphitheater. For more information on renting a deck, please contact Brandon at [email protected].

Since their humble beginnings twenty-five years ago, when they started playing in a San Diego garage, ‘blink-182’ have sold over fifty million albums worldwide and rocked audiences from Adelaide to Zurich having become one of the defining rock bands of their generation. They combine high-energy dynamics with an artistic ambition that transcends any genre. Now with Matt Skiba (of Alkaline Trio) as singer/guitarist, the group have entered a new chapter. Skiba debuted with ‘blink-182’ in March 2015 with a live performance at the MusInk Tattoo and Music Festival: “It was the best they’ve sounded in over a decade,” the OC Weekly raved about the band’s set.

Early in 2016, Skiba finally entered the studio with Hoppus and Barker. Although the band had written over 30 songs in the months before the sessions, once they started working with producer John Feldmann, they soon discarded all the old material. “We hit the ground running so hard that we just kept writing and writing,” Hoppus says, “and suddenly we realized that we had written more than 20 new songs, and they were all really great.” While ‘blink-182’ have already racked up more than their fair share of platinum records and blockbuster singles, they’re emphatically looking forward to their seventh studio album. “This is the next step for us—it’s not a stopgap and we’re not punching a clock,” Hoppus emphasizes. “We’re not just a greatest-hits band, although we will play the hits. Blink is alive and well and we’re excited about doing cool new stuff “It feels just like the old days, spending 14 or 16 hours in the studio until 2 o’clock in the morning, blasting the latest rough mix of a song as you drive home excited and exhausted, waking up and the band is the first thing you think of in the morning and then working all day on it. Every day in the studio has been a lot of fun.”  According to The New York Times, “No punk band of the 1990s has been more influential than ‘blink-182’.”

The members of the band still have other projects: Hoppus Produces, scores films and also has Hi My Name is Mark —both a podcast and curated lifestyle clothing line/website. Barker is a member of the Transplants, proprietor of the Famous Stars and Straps clothing company, and the author of the bestselling autobiography Can I Say: Living Large, Cheating Death, and Drums Drums Drums. Skiba remains the lead singer of Alkaline Trio, but when the three members of ‘blink-182’ come together, they leave aside their other interests and collaborate fully. “I’ve never joined a band before—I’ve started every band I’ve ever been in,” Skiba says. “It’s a crazy dream-come-true feeling, but it feels organic. I spend a lot of time pinching myself.” “We had a great chemistry with Matt right away,” Travis Barker says. “We’ve been friends with Matt for the past 17 years, so it was a real natural fit for him to come on board.” Their latest album “California” was released in July 2016 and scored the band a #1 in both the US and (for the first time ever) the UK. ‘blink-182’ are boldly facing the future and Hoppus sums up their partnership: “I love our band–I’ve loved every single step along the way. I’m glad that we’ve continued to write music that we love and that connects to people 20 years later, and that we still feel like we did when we were playing garages back in San Diego in 1994.”