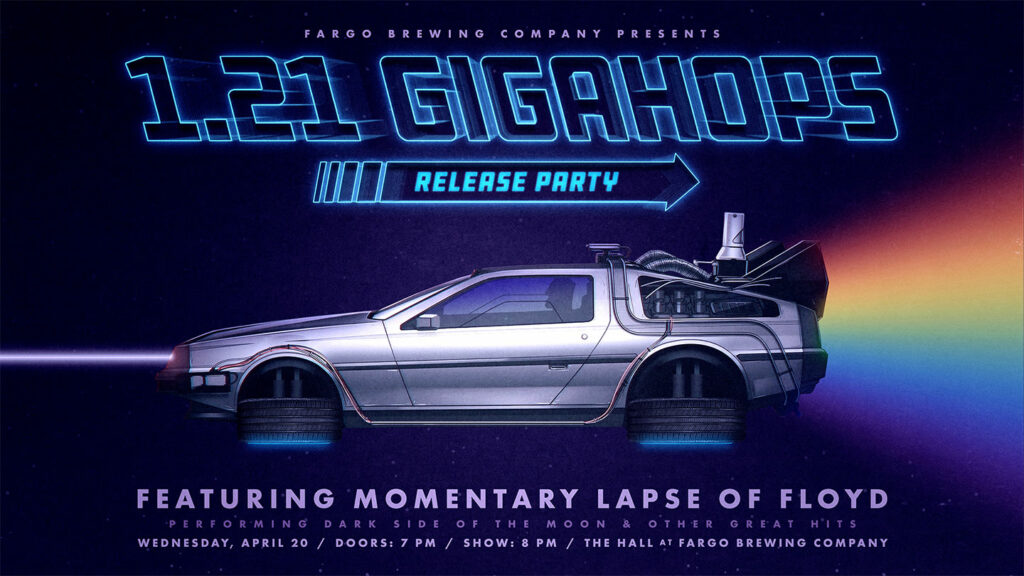 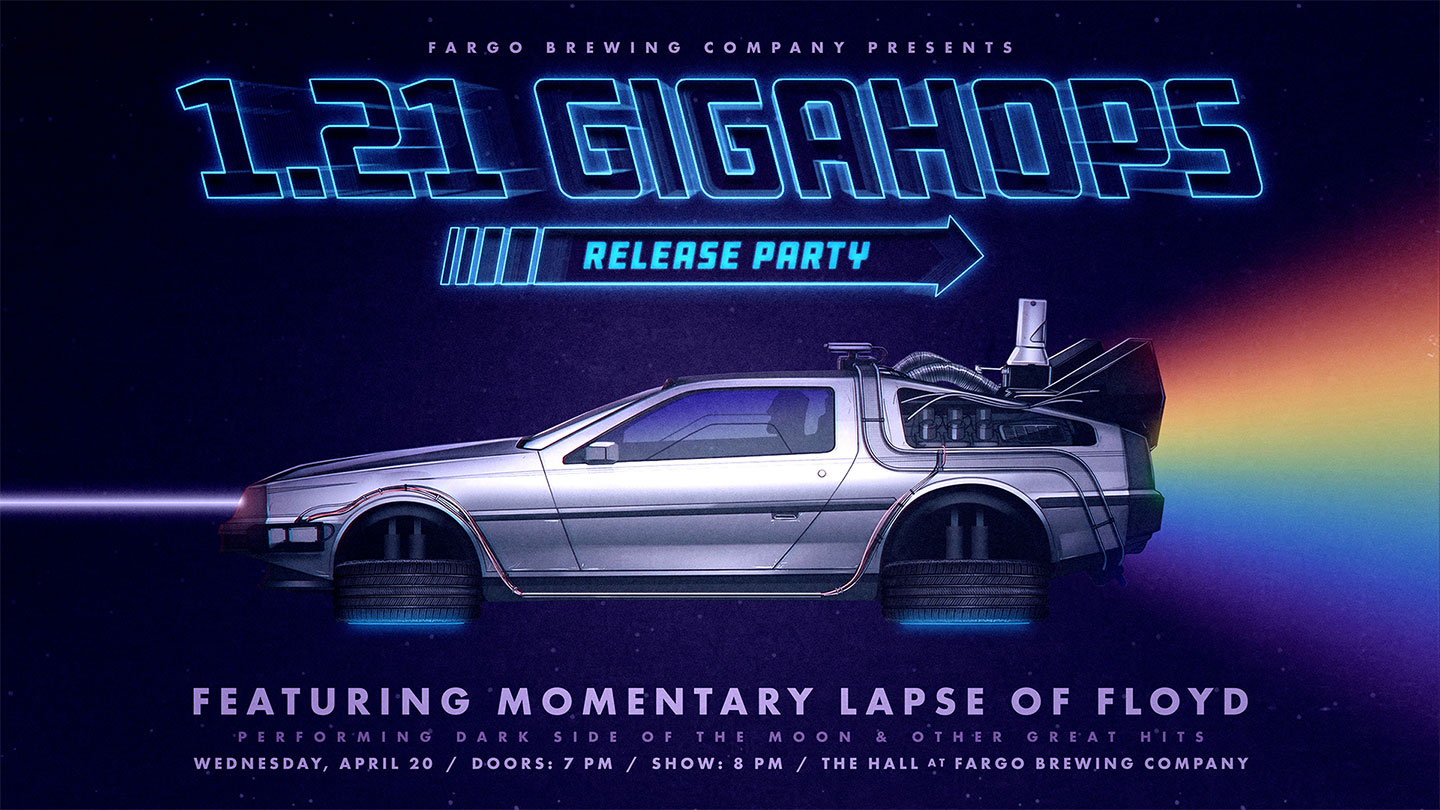 Great Scott! On Wednesday, April 20th it’s time for the 1.21 Gigahops Release Party featuring Momentary Lapse of Floyd in The Hall at Fargo Brewing! Welcome the return of this season release with some excellent tunes by the area’s most successful Pink Floyd show. Performing mega-hits such as “Comfortably Numb”, “The Wall”, “Money”, “Us and Them”, “Wish You Were Here” and more! Join us April 20th to tear down The Wall!

1.21 Gigahops is a double IPA that pours a hazy burnt gold color with a thick, white head that lingers in the glass. The aroma and flavor are dominated by ripe tropical fruits, citrus and pine sap. It is mash hopped with Centennial, first wort hopped with Cascade plus huge late hop additions and dry hopping with Chinook, Cascade, Mosaic, and Falconer’s Flight. With over seven pounds of hops per barrel, this intensely hoppy beer is an absolute DREAM that might sound heavy, but we promise it’s still VERY drinkable!

The band sometimes includes additional singers and horn players such as Jill Henderson, Steph Devine, Max Felsheim, and Gary Sklenar. MLoF has headlined festivals such as Oaktoberfest, Geneva Lake Jam (Harmony Park) and has packed venues such as Cabooze and Parkway Theater. Shows include an annual Dark Side of the Moon show that is performed to the film “2001 A Space Odyssey”.