Avatar with Light The Torch & The Callous Daoboys 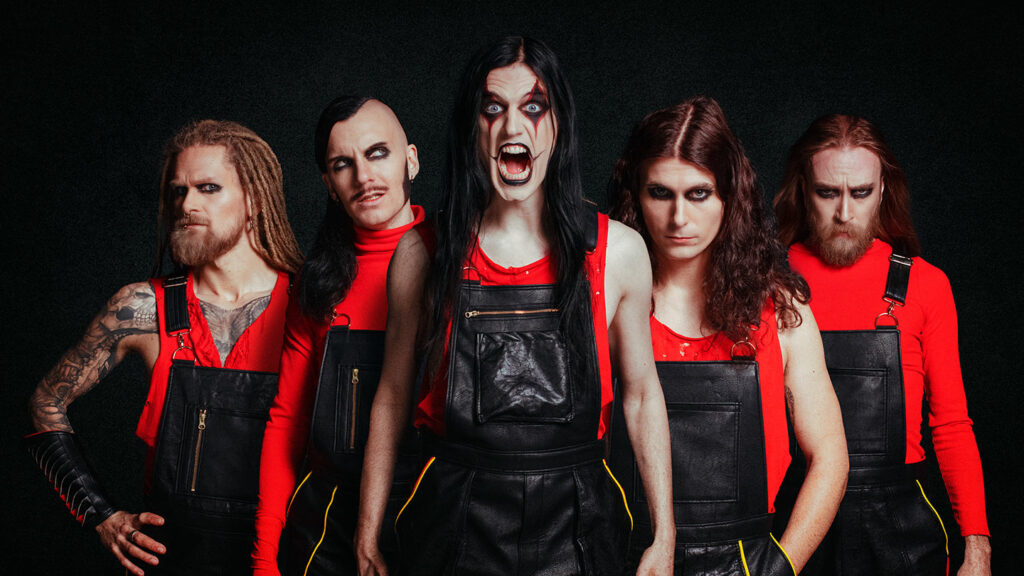 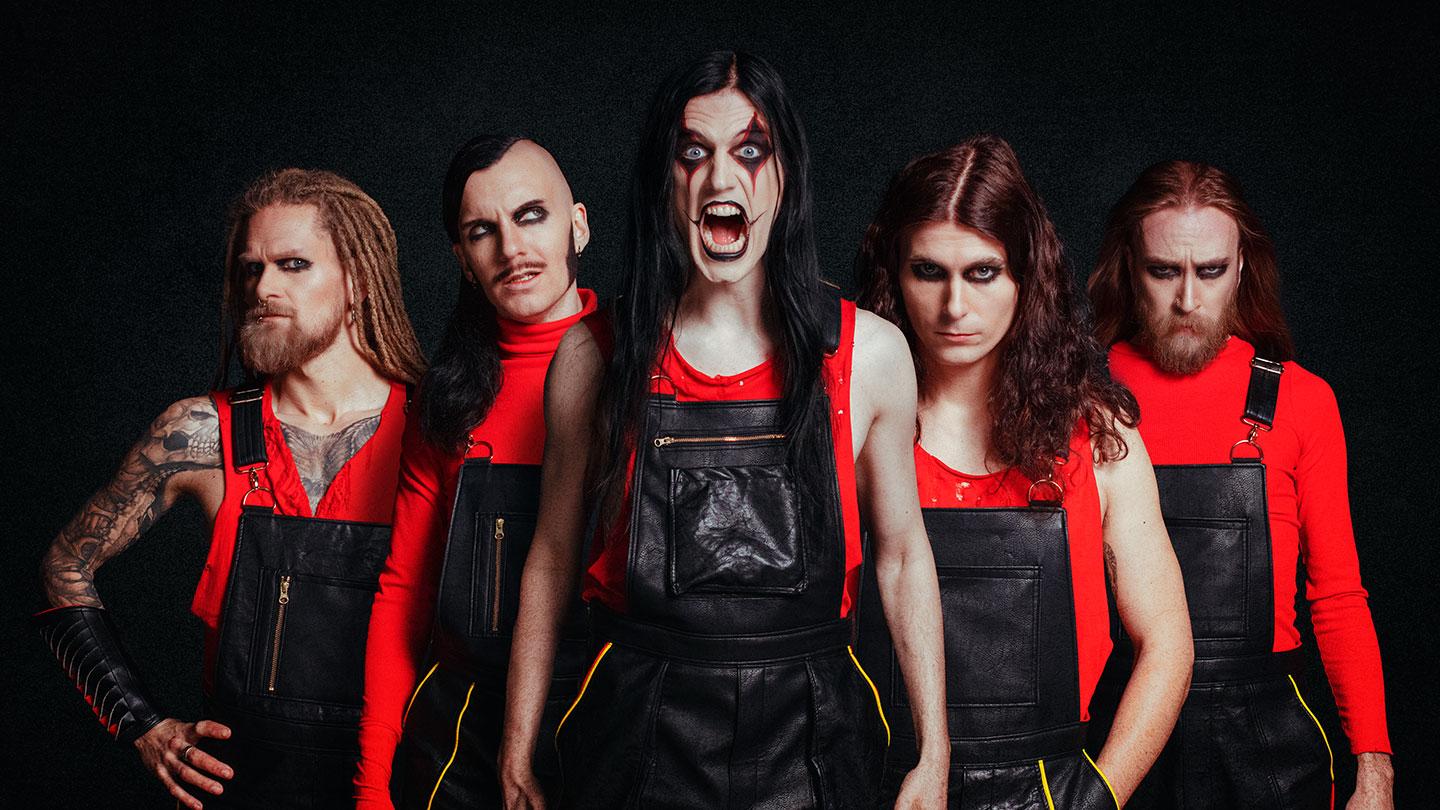 The heavy metal-n’-roll dark madcap visionaries collectively known as AVATAR didn’t pick their moniker by accident. An “avatar” is defined as either a manifestation of a deity in bodily form or an icon representing a separate being in another realm. Both meanings perfectly describe the Swedish rock sensations, as they’ve built something larger than life.

Ambitious sorcerers of the highest order, AVATAR smash the boundaries between band, theater troupe, and cinematic masterminds, with a series of celebrated albums and videos, and the immersive world of Avatar Country, a fantastical land where metal rules supreme.

The AVATAR cultural infiltration encompasses both commercial rock radio and streaming services, where songs like “The Eagle Has Landed,” “Hail the Apocalypse,” and “Let it Burn” have amassed more than 100 million streams, as new “citizens” enter into their “kingdom.”

Avatar Country (2018), released via Entertainment One, was the second-largest independent album in North America upon its debut. Already a Breakthrough Band (Metal Hammer) award winner and Top 40 act overseas, the band’s seventh record debuted at No. 4 (Hard Music Albums), No. 8 (Rock Albums), and No. 25 (Billboard 200 Current Albums). One major rock outlet even declared Avatar Country a heavy metal Sgt. Pepper’s.

AVATAR returns in 2020 with a bold manifesto called Hunter Gatherer. The band’s eighth album is an unflinchingly ruthless study of a clueless humankind’s ever-increasing velocity into an uncertain future, furthering the reach of the band’s always expanding dark roots. Songs like “A Secret Door,” “Colossus,” and “Age of Apes” are ready-made anthems for the modern age, each struggling for a collective meaning amidst the savagery of technology.

Casting themselves as “gods in disguise,” guitarist Jonas Jarlsby and drummer John Alfredsson combined forces as teenagers, determined to manifest their creative strength into the world. Soon, they recruited vocalist Johannes Eckerström, bassist Henrik Sandelin, and guitarist Simon Andersson, recognizing them as fellow visionaries and troublemakers.

Before any of them had turned 20, they financed a blistering debut album, Thoughts of No Tomorrow (2006), by themselves. Riding on a wave of youthful intensity, AVATAR unleashed a sophomore set, Schlacht (2007), cracking the Top 30 on the Swedish album charts. Avatar, the self-titled third album, followed in 2009, as the band’s unrelenting touring schedule saw them on the road with acts like In Flames, Helloween, and Obituary.

Guitarist Tim Öhrström replaced Andersson in time for the release of Black Waltz (2012), cementing Avatar as an unstoppable five-headed hydra poised to spread fire like a burning plague across the world. During this period, the band began to come into their own in the visual medium as well, with a sinister dark precision and a sense for the spectacular. AVATAR showcased their expansive visual flair on tour with Avenged Sevenfold and Five Finger Death Punch, followed by their first American tour, with Lacuna Coil and Sevendust.

Following the release of Avatar Country (2018), the group broadened its horizon into a feature film. AVATAR blew past a $50,000 Kickstarter campaign goal in less than 90 minutes, eventually collecting close to $200,000 to finance Legend of Avatar Country.

It was demonstrative of the feverish dedication of the band’s audience; the same fans who propelled them into the Rock Radio and Billboard Album charts since the band formed as teens in Gothenburg. Legend of Avatar Country serves as both companion piece and natural expansion of the Avatar Country album’s rich story blueprint. As Kerrang! rightly observed, “The insanely rabid fan response to the [movie] announcement is a testament not only to the band’s connection with its fans but to the strength of the concept itself.”

Hunter Gatherer (2020) shares the determined focus of the conceptually driven Feathers & Flesh and Avatar Country while decisively emphasizing the individual songs above any overarching story. At the same time, there are thematic threads throughout the album, reflecting the members’ shared state of mind. Hunter Gatherer is the darkest, most sinister version of Avatar, with deep studies of cruelty, technology, disdain, and deprivation.

In 2019, Avatar reunited with producer Jay Ruston (Stone Sour, Slipknot, Anthrax) at Sphere Studios in Los Angeles, California, where the foundation for each song on Hunter Gatherer was laid with the band performing altogether, as they’d done only once before, on Hail the Apocalypse. The old-school method of playing as one in the studio, more akin to how they are on stage, captured the essence of Avatar. Recorded entirely to two-inch tape, something you don’t hear about much in 2020, Hunter Gatherer exhibits everything that makes AVATAR standouts in the vast, rich landscape of heavy metal’s past and present.

Not since the initial cultural disruption of MTV has the combination of ambitious compositions and visual storytelling merged with such vibrance. Like Rob Zombie, Rammstein, and KISS, AVATAR seamlessly blur the line between sights and sounds. AVATAR songs are new anthems for the ages, precision heat-seeking missiles targeting a cultural landscape ready for fresh songs to champion from a band with a giant persona to rally behind. The AVATAR experience is challenging, daring, and altogether captivating.

When the COVID-19 pandemic struck, the band was forced off the road for the longest time since the release of its debut. However, Avatar were determined to keep creating and reaching out to their fans. This ultimately led to one of the true milestones in the realm of streamed shows, as Avatar took possession of the whole month of January 2021 for their “Avatar Ages” concert series. Over the course of four weekends, they performed material from their entire catalogue, as voted on by their fans. The shows were a worldwide success and among the throwbacks and rediscoveries, they give hints of a future just around the corner.

In 2021, Avatar return to the airwaves with “Going Hunting”/”Barren Cloth Mother, a two-punch knockout kicking off a return to form as the wheels of the great metal machine starts to turn faster again. As the more than 200,000 subscribers to the band’s YouTube channel will attest, AVATAR conjures the flair for the dramatic of old school Hollywood, the macabre moodiness of modern adventure films, and the adrenaline-fueled thrills of Halloween horror attractions.