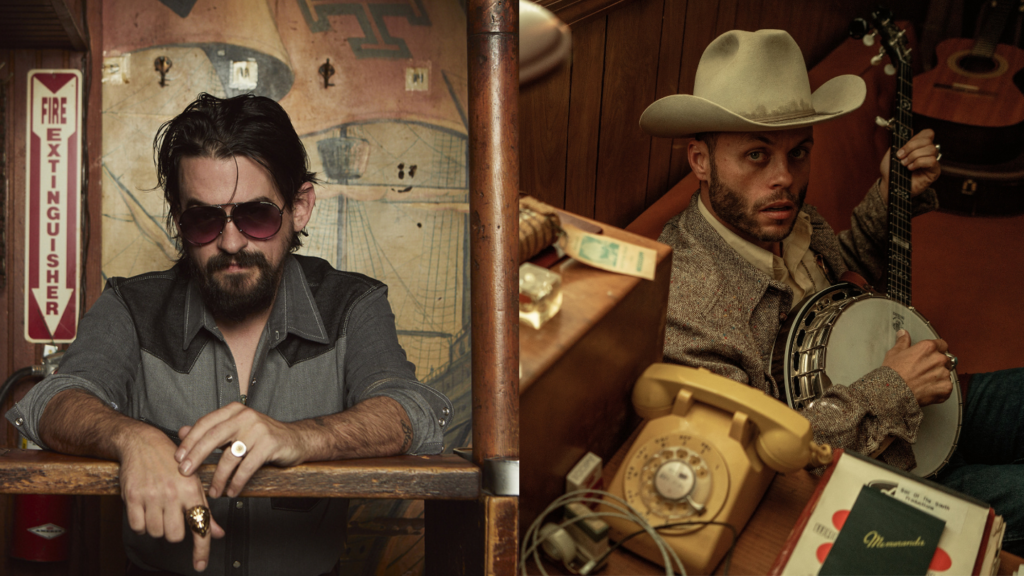 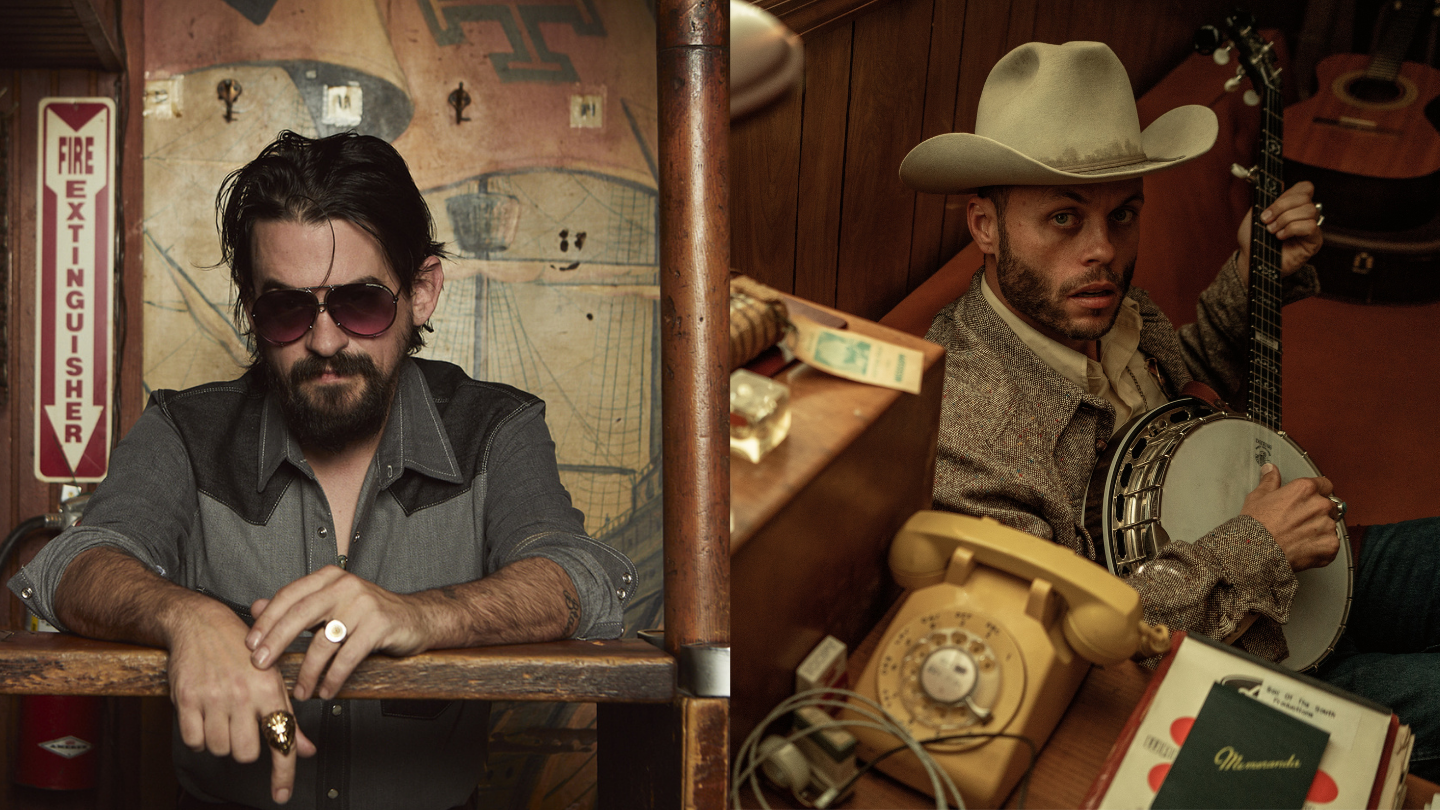 Charley Crockett: The new album from Charley Crockett is perhaps even more potent proof of his literal heartbreak than the scar on his chest. After undergoing open heart surgery that saved his life, Charley says he considered calming down for “just a minute” but once he recovered, he did just the opposite. He states boldly with one eyebrow raised, “I wanted to make an album that would change the entire conversation about country music.”

That album is Welcome to Hard Times, an aptly-named collection that perfectly fits these troubled days even though it was made just before the pandemic hit. The music was shaped by his heart issues and producer Mark Neill’s desire to make “a dark gothic country record.” Charley certainly knew how to deliver that. “I think you can hear that deep, dark sadness in this record,” he says, “but I think it’s the kind of darkness that will uplift others.”

Charley says Neill, the acclaimed producer of albums such as The Black Keys’ Brothers, JD McPherson’s Let The Good Times Roll, and many others, is the only person who could have brought his vision to life.  “Mark understood where I wanted to take the music. He heard what I had written and he said: ‘This is a movie. We have to tell this story.’”

Welcome to Hard Times is certainly cinematic. In fact, the title song shares its name with a 1968 Western starring Henry Fonda that Crockett admires. Twelve originals and one perfect cover create a world populated by outlaws, prisoners, gamblers—all of them suffering heartbreak. It’s also a sonic feat that strikes that precarious balance of being both retro and contemporary and brings in elements of piano-driven honky-tonk, soul, and blues to complement a sound that is completely country. “I wanted to figure out how to make something Gulf Coast, Country, and Western, simultaneously,” he says. “I think that real country music—in the 50s and 60s, especially—was always eclectic,” he says. “Rhumba beats behind a honky tonk band, incorporations of the blues, soul, Caribbean, cha-cha. Eclectic mixes were going into making those records.”

A native of South Texas, he was raised in an isolated, rural part of the Rio Grande Valley by a single mother in a trailer surrounded by sugar cane and grapefruit fields. As a teenager he was into free-styling and rapping. He spent formative years living with his uncle in New Orleans where he first became a street performer who discovered a love for folk music. In New York City he played hip hop and blues on street corners and in subway cars. What’s also important to his identity as an artist, he says, is that he has lived the songs he writes and sings. “I’ve always had to work so damn hard to get any little bit of anything,” he says.

In the years since he’s had brushes with the law that have resulted in him being a twice-convicted felon.  His brother, who implicated him in his own crimes, recently completed a seven-year prison sentence. While Crockett has put these experiences behind him, he doesn’t wish them away. They still inform his music and artistic vision. Crockett says he has always turned to the land for healing and spent many years farming—including stints working in “green gold”—in the Pacific Northwest.

In spite of all these challenges, Charley has remained consistently steadfast and persistent in his belief in his music. Self-promoting and partnering with independent labels to release an impressive catalog of seven records, which have generated over 36 million global streams and garnered widespread critical acclaim. NPR Music, an early supporter, wrote Charley was “an artist who lives up to the hype” when reviewing his 2016 release, In The Night. The Valley caught the attention of everyone from Billboard to Rolling Stone. He has toured Europe and the U.S. extensively and gained a devoted grassroots young following who appreciate his varied travels and musical influences. Last year Charley made his debuts at the Grand Ole Opry and at the Newport Folk Festival – all without the support from a major label or country radio. “Real country music is for everyone.” He says that is what his audiences are craving. “If radio would play this kind of music, people would respond in a big way, just like they do at the live shows.” All of these experiences have led to his eighth album and the finest record of his career. “It’s an album America can understand right now in these hard times,” he says. It’s also an immersive experience in sound that simultaneously carries us back in time while also applying Crockett’s singular style.

The album begins with a moody piano expertly conjuring the Nashville Sound, leading us into the prescient title track. We are immediately transported into a world of music that is timeless even as it harkens back to 1960s country. That piano, played by Kullen Fox, provides a thread woven throughout Welcome to Hard Times, featuring in the tender and optimistic “Don’t Cry,” as well as “Tennessee Special,” a catchy meditation on a musician’s life, and “The Man That Time Forgot,” the story of a man cast out and begging for change on the street corner. A stylized harpsichord is featured on “Fool Somebody Else,” which contains the first lyrics Crockett ever wrote as a young man, and shows up again on “Paint It Blue,” Charley’s favorite track, featuring layered guitars and a fast-moving progression in the style of a dark Doc Watson tune. One of the album’s standouts is “Lily My Dear,” anchored by Crockett’s banjo stylings and his haunting lyrics on a jailhouse song that could have come out of the 1850s. Offering a full picture of America, the album offers two songs that can be seen as glimpses into race: the only cover on the album, “Blackjack County Chain,” a violent chain-gang/revenge song written by Red Lane, and “The Poplar Tree,” told from the point of view of a man who has “crossed many rivers/wearing a scar on my chest” and who is about to be lynched. There’s also “Run Horse Run,” which Charley says sounds like something out of a “psychedelic Spaghetti Western” with its horse-trot tempo. “It’s Western but strangely new and fresh,” he says.

Americans have always gravitated to country music in troubled times, and this is the album the nation needs right now. “This scar refocused me,” Charley says, fingers lightly touching his chest. “These songs come from a place of gratitude, but also fierce strength.  Because I’m a fighter.  I will fight to my last breath for this music.”