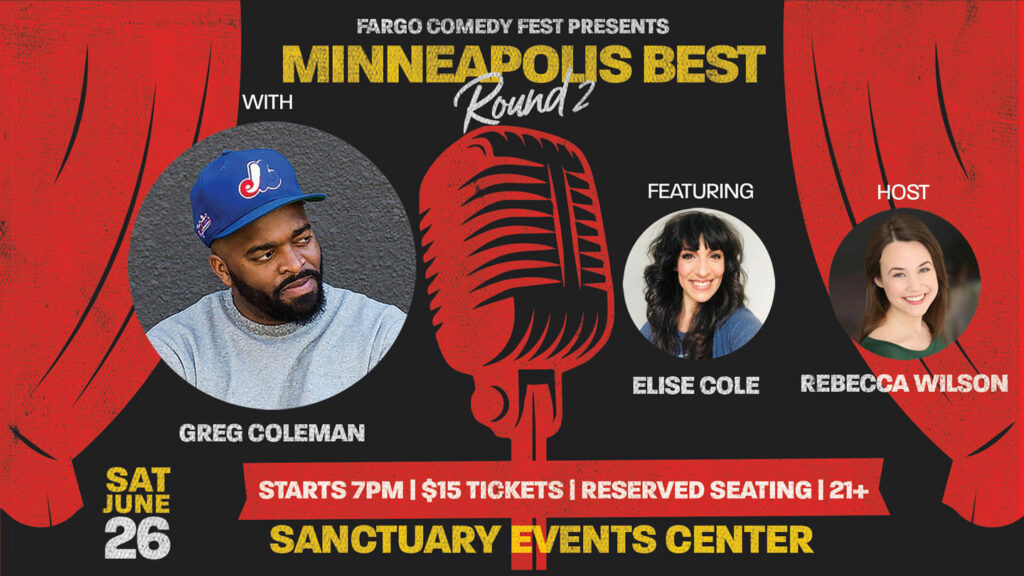 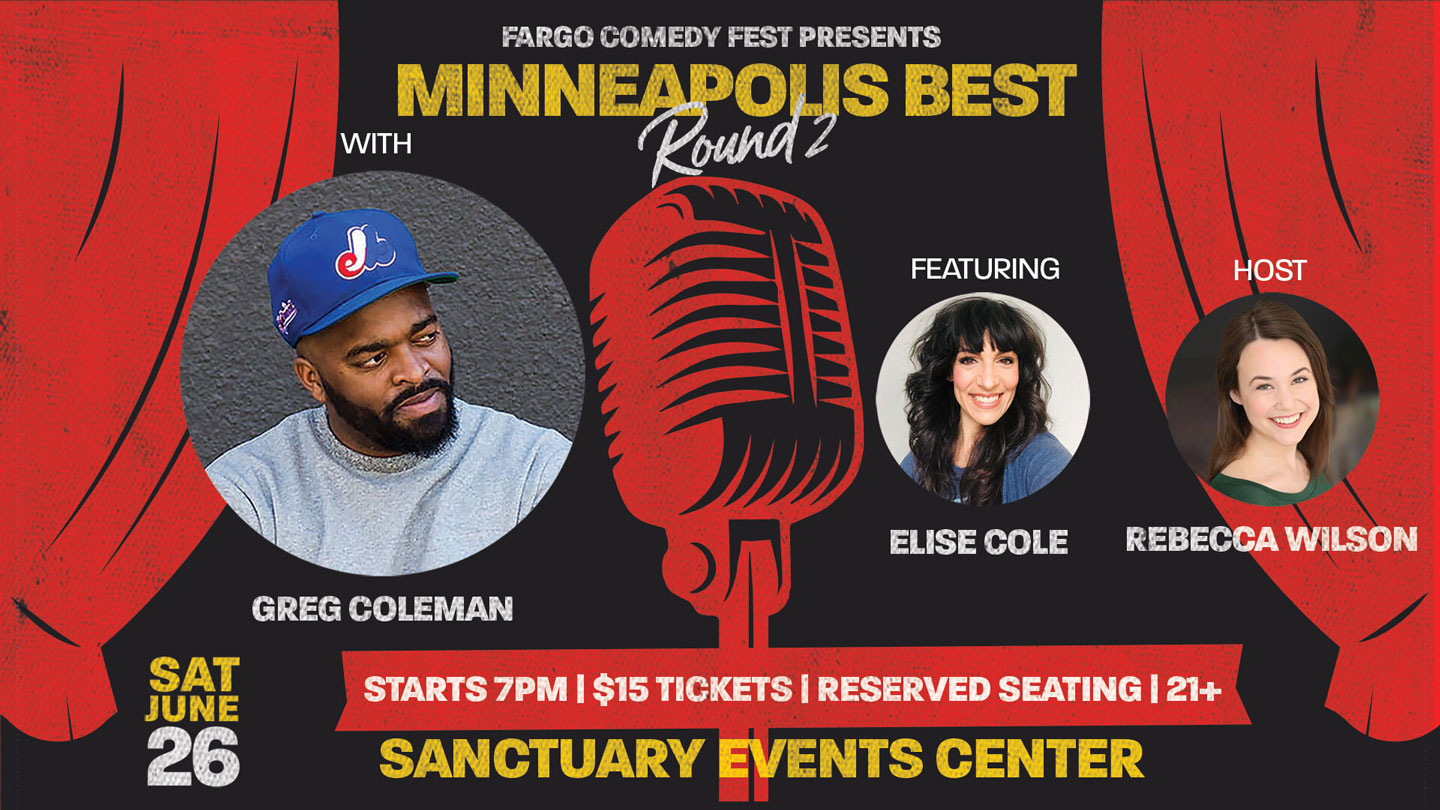 Fargo Comedy Fest is bringing you a Live & Local showcase! Join us for a night of the best regional comedy from Minneapolis. Featuring special guests Greg Coleman, Elsie Cole and Rebecca Wilson.

Greg Coleman: Greg Coleman has been active in the Minnesota comedy scene since 2012. Coleman was voted Best New Comic of 2012 at the MN Comedy Awards. In 2014, he was a finalist in the American Black Film Festival Comedy Wings Competition. Coleman was named one of the top 5 comics to watch in 2016 by The Growler. City Pages Magazine named Greg Best Standup Comedian of 2017. Greg made his national television debut on Comedy Central’s Hart of the City (Season 2). Coleman has gained a reputation as a strong performer, with a twisted point of view and fun stories from his many years working in education. On stage, Coleman comes across as cool, confident, and comfortable.

Elsie Cole: Elise Cole is an Iranian Jewish comedian from Minnesota. She was recently hired at Acme Comedy Co in Minneapolis, has performed across the Midwest, and in 2018-2019 co-producer of the Minneapolis based showcase, People Of Comedy. She was a 2019 semifinalist in Rick Bronson’s House of Comedy contest, and opened for NPR’s Ophira Eisenberg at the 10th Annual Twin Cities Jewish Humor Festival. Elise is a wife, mother, waitress, grad student, and published writer who finds humor in the challenges she faces in her day-to-day life.

Host Rebecca Wilson: Rebecca Wilson is a stand-up comic from Minneapolis, Minnesota who was born and raised in Atlanta, Georgia. Her southern charm mixed with her dry, quick wit creates an engaging act focusing on pop culture, family dynamics and the absurdities within human interactions and relationships. Rebecca was a semi-finalist in Minneapolis’ Funniest Person Contest (2019) and is the co-producer and co-host of REM5’s Truly Virtual Comedy Show as seen on Twin Cities Live.