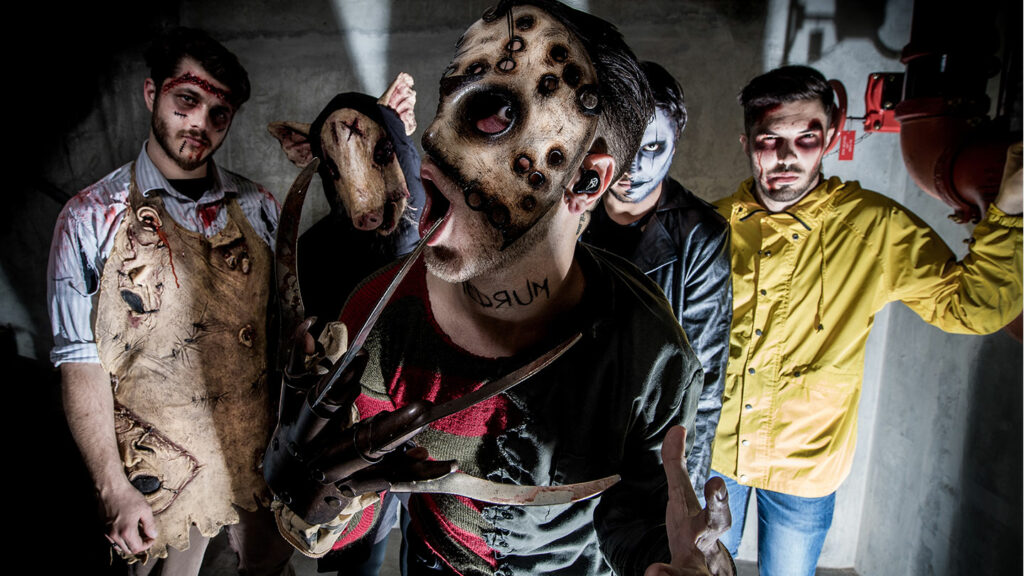 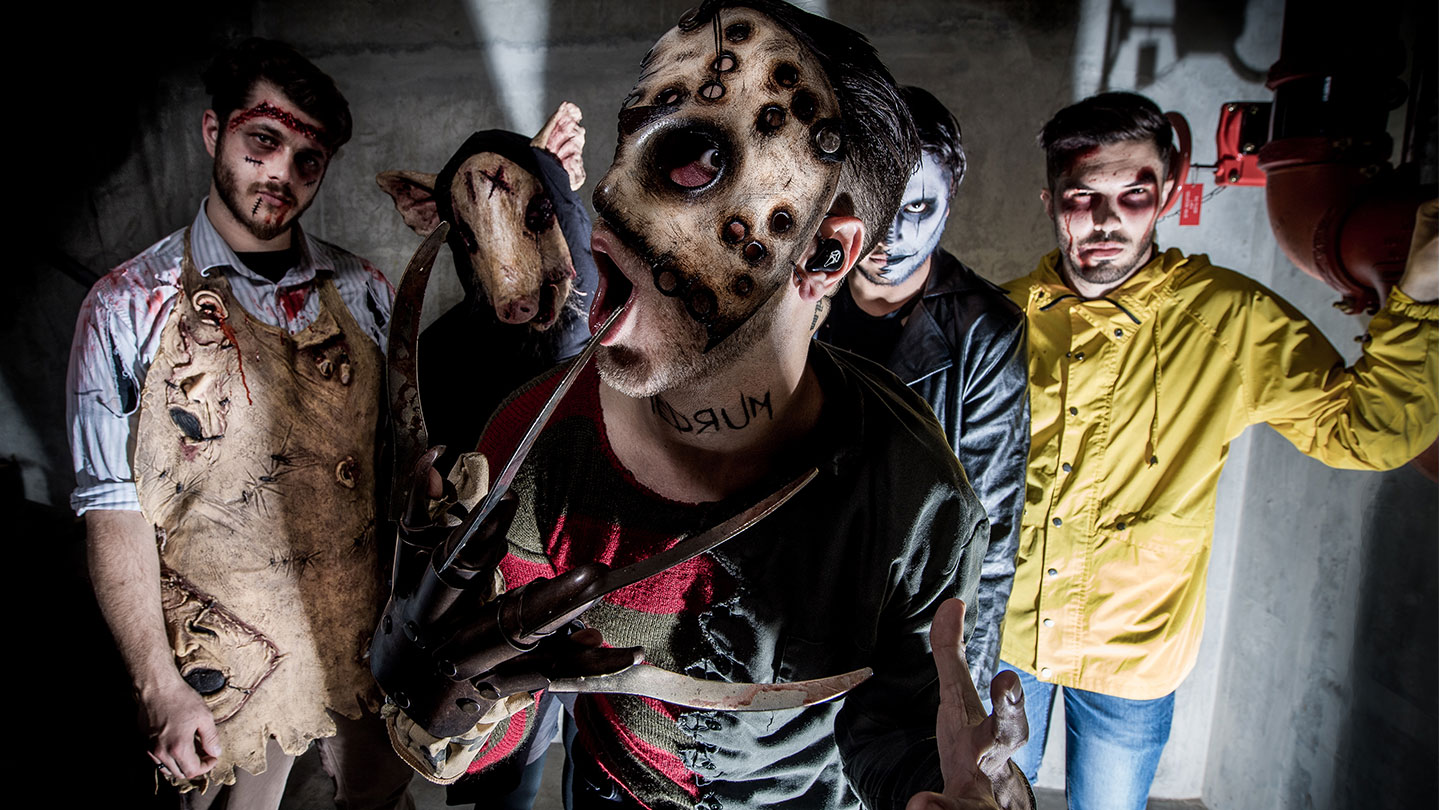 Ice Nine Kills summon the most captivating elements of metal, punk and hard rock and combine it with melody, cinematic obsession, and a literary fascination.

Loudwire hails them as “one of the most unique acts in metal right now,” a declaration supported by the band’s Billboard Hard Rock Albums chart topping slab, The Silver Scream. 13 songs of devilishly devious odes to classic horror, The Silver Scream generated anthems for the disenfranchised and subculture obsessives, like “The American Nightmare,” and broke them into Active Rock radio.

After a decade of studio wizardry and live theatricality, ICE NINE KILLS draws favorable comparisons to rock icons like Slipknot, Rob Zombie, and Marilyn Manson, via a likeminded synergy of music, lifestyle, and cult following reverence.

ICE NINE KILLS is at the forefront of the natural cross pollination of subcultures. “Heavy music and horror are both escapes from our mundane struggles,” singer Spencer Charnas points out. “You could be having the worst day, then you put on a great metal record or horror movie and forget about all of your problems.”