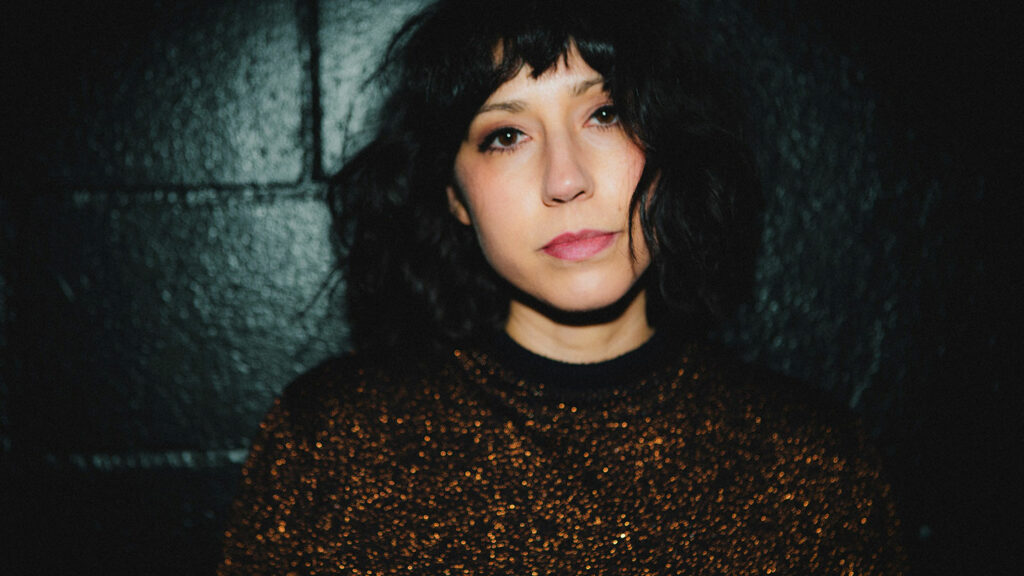 The safety of your team and ours, as well as the safety of the audience is the highest priority to us and with that in mind we would like to request that all our shows require that all Patrons and Staff at the show must show proof of Full Vaccination or show proof of a valid Negative Covid-19 PCR test taken within the past 48 hours in addition to Wearing a Mask while at the show. 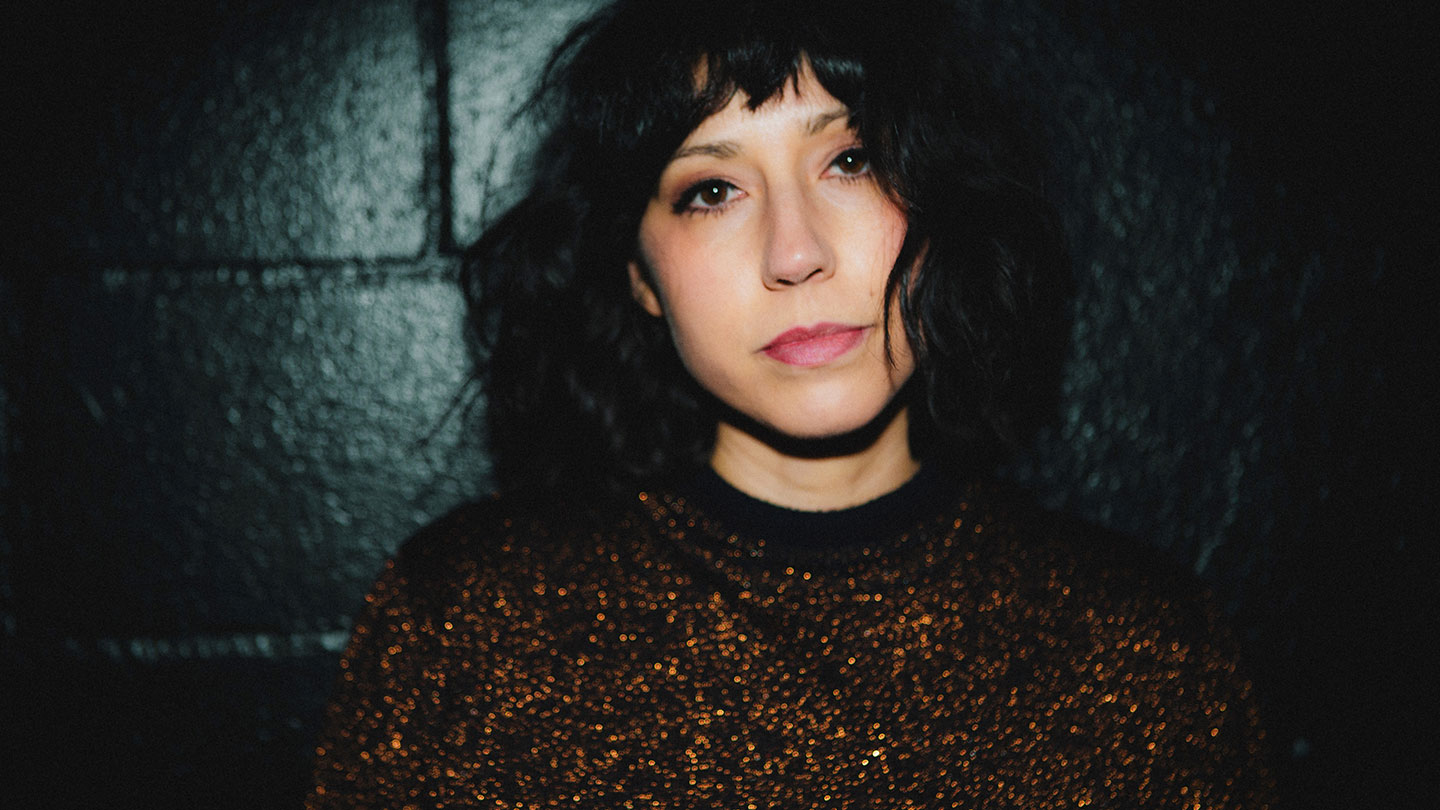 The safety of your team and ours, as well as the safety of the audience is the highest priority to us and with that in mind we would like to request that all our shows require that all Patrons and Staff at the show must show proof of Full Vaccination or show proof of a valid Negative Covid-19 PCR test taken within the past 48 hours in addition to Wearing a Mask while at the show.

The third full-length from Deep Sea Diver, Impossible Weight is a work of sublime highs and mesmerizing lows, its restless intensity both unsettling and transcendent. For bandleader Jessica Dobson, the album’s sonic and emotional expanse stems from a period of sometimes-brutal self-examination—a process that began not long after the Seattle-based four-piece finished touring for their acclaimed sophomore effort Secrets.

“We went into the studio pretty quickly after the tour ended, and I sort of hit a wall where I was feeling very detached from making music, and unable to find joy in it,” says the vocalist/multi-instrumentalist, whose bandmates include her husband Peter Mansen (drums), Garrett Gue (bass), and Elliot Jackson (guitar, synth). “I realized I had to try to rediscover my voice as a songwriter, and figure out the vocabulary for what I needed to say on this album.”

As she stepped back from the studio, Dobson focused on dealing with the depression she’d been struggling with, and soon started volunteering for Aurora Commons (a drop-in center for unhoused people, most of whom are drug-dependent and engage in street-survival-based sex work). “I spent a lot of time with the women who frequent the Commons, and it taught me a new depth of empathy,” she says. “They’re people who don’t have the luxury of going back to a home at the end of the day and hiding behind those four walls, so they’re sort of forced to be vulnerable with what their needs are. Talking with them and listening to them really freed me up to start writing about things I’d never written about before in my songs.”

Co-produced by Dobson and Andy D. Park (Pedro the Lion, Ruler) and mainly recorded at Seattle’s Studio X and The Hall of Justice, Impossible Weight brings that emotional excavation to a more grandiose sound than Deep Sea Diver has ever attempted. Along with revealing the limitless imagination of Dobson’s guitar work—a prodigious talent she’s previously shown in playing lead guitar for artists like Beck and The Shins—the album’s lush textures and mercurial arrangements more fully illuminate the power of her vocals. “’I’d never produced a record before and I started out with low expectations for myself, but at some point I realized, ‘I can do this,’” Dobson recalls. “I decided to completely trust my voice and make really bold decisions in all my production calls—just push everything to the absolute outer edges.”

On the title track to Impossible Weight, Deep Sea Diver prove the incredible precision of those instincts. Featuring guest vocals from Sharon Van Etten, “Impossible Weight” unfolds in radiant grooves and frenetic fits of guitar, its lyrics presenting a bit of wisdom extracted from Dobson’s time at Aurora Commons. “In the past I’d often tell myself, ‘This other person is going through something worse than I am, so their pain weighs more,’” she says. “‘Impossible Weight’ is about finding more compassion for yourself, instead of discrediting your pain in that way.”

The luminous opening track to Impossible Weight, “Shattering the Hourglass” makes for a perfect introduction to the album’s sonic complexity, beginning in intimate reflection before shifting into a wildly sprawling anthem. But despite its kinetic orchestration, the song’s dynamics never overshadow its central lyric: “You don’t have to be strong enough.” “I wrote that one the same week my friend and former bandmate Richard Swift was spending his last days in hospice because of complications from alcoholism,” notes Dobson, referring to the beloved singer/songwriter/producer, also known for his work with The Shins. “I was thinking about how everyone’s facing some kind of battle, and how I wish we could all talk more openly about these things. I wish we could give ourselves that license to fall apart, so that others can help carry us to a better place.”

In her commitment to radical vulnerability, Dobson lays her own needs bare on songs like “Lights Out”: a defiant yet strangely delicate track that takes on a thrilling momentum as she cycles through an entire world of moods, her voice careening from growling to tender. “‘Lights Out’ was written around the time I hit that wall when we first started working on the record; it’s about fumbling through the darkness and knowing I damn well need help getting out,” she says. Meanwhile, on “Wishing,” Deep Sea Diver deliver a stormy and psych-leaning number sparked from Dobson’s viewing of a documentary on Nina Simone. “She had a husband who was physically and emotionally abusive to her, and it made me think about the idea of being under the thumb of someone else, and not knowing how to get in control of your life again,” Dobson says. “I have a tendency to try to resolve the narrative by the time I get to the end of the song, but for that one I didn’t—which felt right, because that’s what life is like.”

On “Eyes Are Red (Don’t Be Afraid),” Impossible Weight reaches its glorious climax, a seven-minute epic that builds to an instrumental breakdown centered on Dobson’s beautifully unhinged guitar work. Not only a triumphant turning point in her musicianship and production approach, “Eyes Are Red (Don’t Be Afraid)” marks a major leap in Dobson’s songwriting. “Lyrically that’s the most uncomfortable song for me on the album,” she says, noting that the track was partly inspired by Christine Blasey Ford’s testimony against Brett Kavanaugh and the collective trauma endured by women everywhere. “There’s so much anger and frustration in it, and it made sense to express that in plainspoken lyrics. I ended up with these phrases that are almost like mantras: ‘Don’t be afraid. Don’t be ashamed.’ A lot of my musical heroes tend to be very poetic, but sometimes there’s so much more meaning in saying things simply.”

For Dobson, redefining the limits of her artistry goes hand-in-hand with certain identity issues she faced during the making of Impossible Weight. “I was adopted and just recently met my birth mother, and found out that I’m half-Mexican and half-Jewish,” she explains. “Discovering my heritage and learning things about myself that I never knew before really fed into that question of ‘Where do I belong?’” At the same time, Dobson restored the sense of possibility she felt in first embarking on her music career, which included landing a deal at Atlantic Records at the age of 19. “I think being signed at such a young age messed me up in terms of the expectations I put on myself,” she says. “Somewhere along the way I lost confidence in my own vision, but after making this record I feel a much larger freedom to go in whatever direction I want with my music.”

With the release of Impossible Weight, Dobson hopes that others might reclaim a similar sense of freedom in their emotional lives. “Especially right now when the world is in disarray and there’s so much fear, I want this record to give people room to feel whatever they need to feel,” she says. “I hope it helps them recognize that it’s okay to fall apart, and that they’re meant to let others in instead of trying to work through everything on their own. Because the point is that the impossible weight isn’t yours to carry alone—that’s why it’s impossible.”