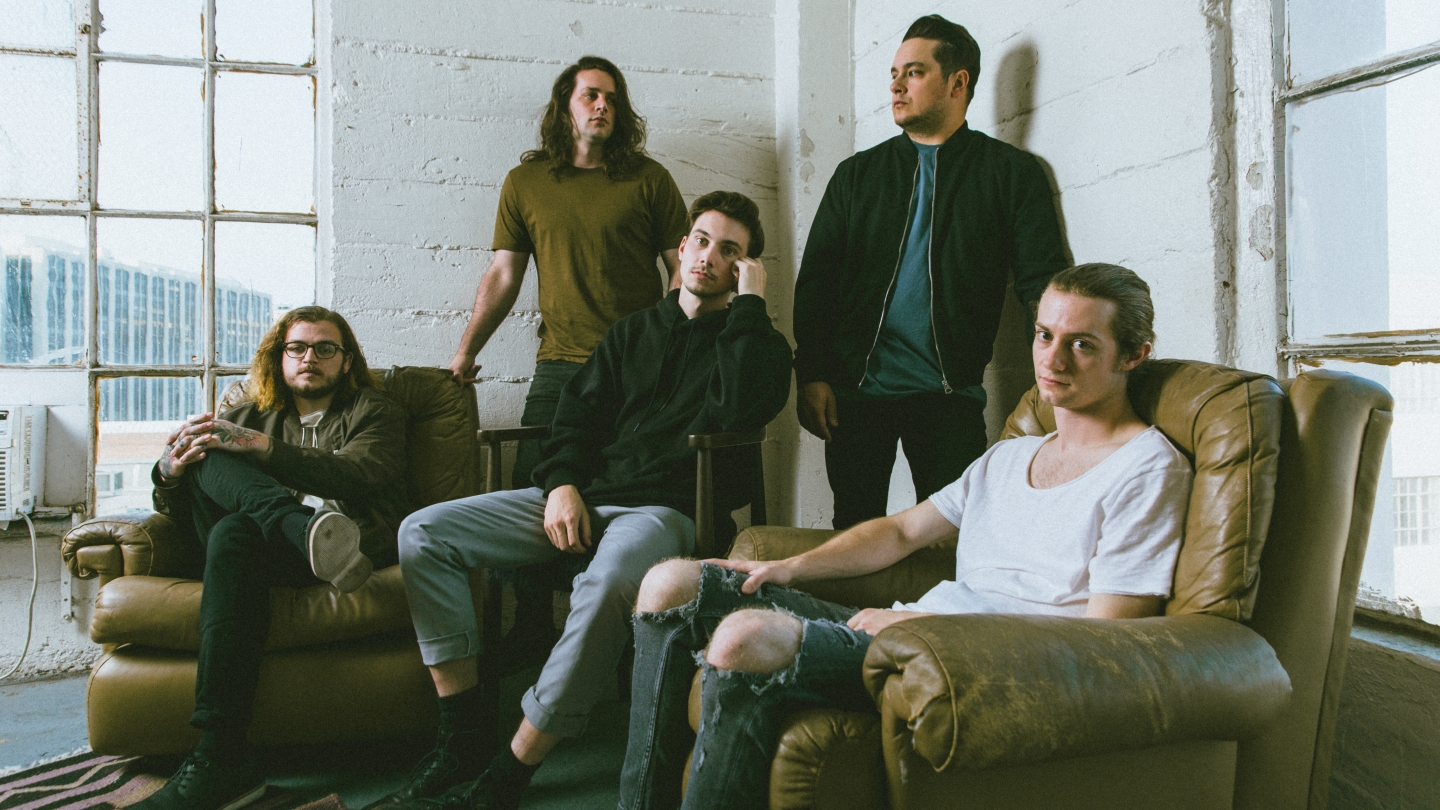 Whether it be backseat post-coital promises between young lovers, the aftershocks of a parent’s addiction on a child, or a proclamation to celebrate life before death, these moments echo with the sincerity of a chat among best friends in the music of Grayscale. The Philadelphia quintet—Collin Walsh [vocals], Dallas Molster [guitar, vocals], Andrew Kyne [guitar], Nick Ventimiglia [bass], and Nick Veno [drums]—align nostalgic confessions, nineties alternative homage, and 21st century playlist-busting ambition on their second full-length, Nella Vita [Fearless Records]. These twelve tracks urge pensive pondering, rock catharsis, and danceable elation all at once.

The group quietly inched towards crystallizing this style since their 2011 formation. Along the way, they went from Philly stalwarts to a critically acclaimed contender on 2017’s full-length debut Adornment. As “Atlantic” clocked over 4.3 million Spotify streams and “Forever Yours” eclipsed 3.5 million, “Let It Rain” and “Beautiful Things” also leapt past the one million-mark with the total stream tally exceeding 11 million by 2019. The group logged thousands of miles on the road alongside everyone from State Champs to Real Friends to The Maine in addition to The Vans Warped Tour. Critical acclaim also came from Alternative Press, Rock Sound, Idobi, and more. Under a heavy influence of everything from nineties alt rock to funk and modern pop as well as rotating through modern hip-hop, they recorded Nella Vita in Austin, TX alongside producer MACHINE [Lamb of God, Armor For Sleep, Four Year Strong, As It Is]. Tracks such as “Painkiller Weather” and “In Violet” detail the ups and downs of love, sex, teenage nostalgia, addiction, pain, joy, grief, death, and everything in between, urging tears, dancing, bliss, and even hope. — Rick Florino, May 2019