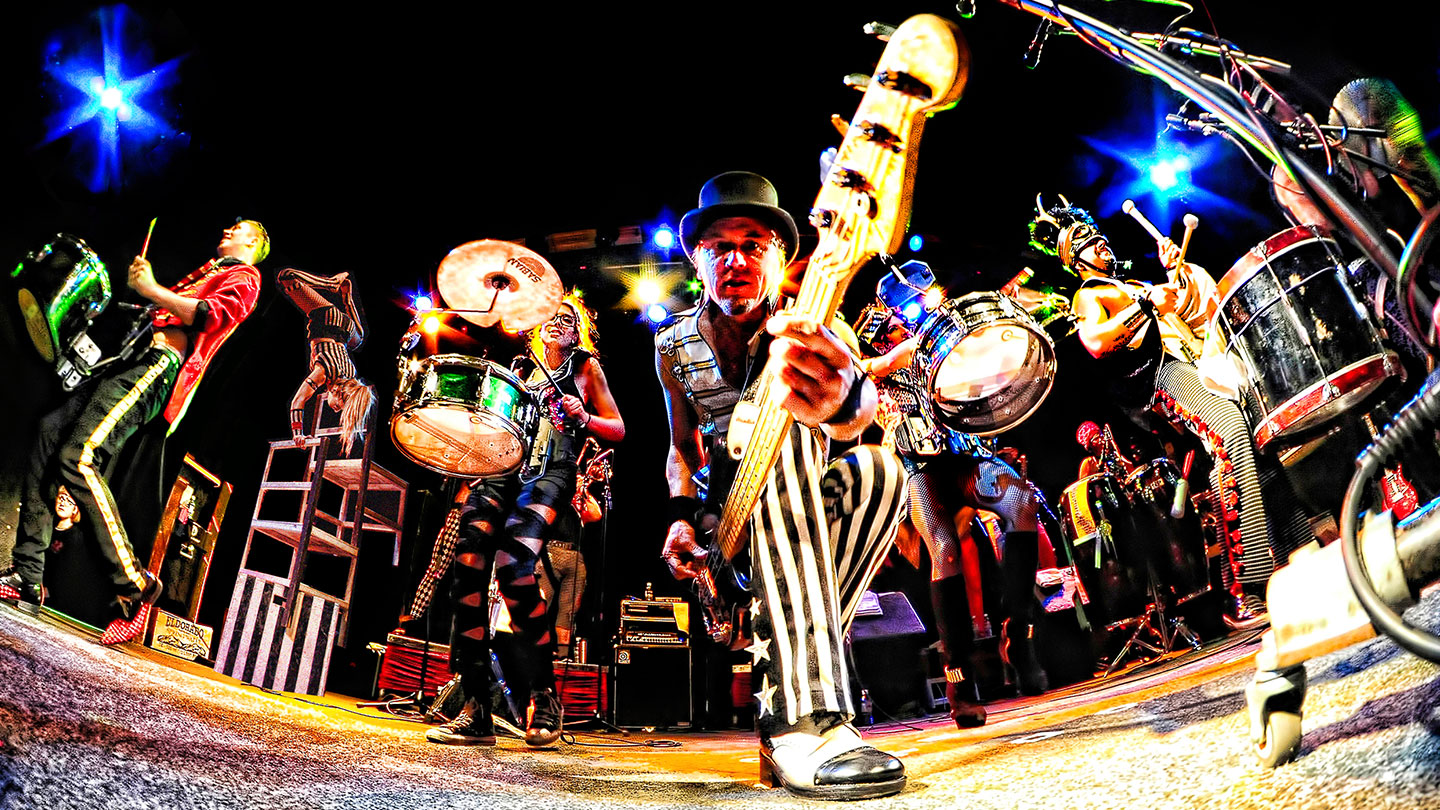 Due to inclement weather and interstate closures, the MarchFourth performance at The Aquarium tonight, March 14, has been canceled. Tickets will be refunded at point of purchase.

Jade Presents is currently working to reschedule the performance for the summer of 2019, however no make-up date is confirmed at this time. Patrons are encouraged to keep an eye out for any updates by utilizing the Jade Presents app.

All patrons who purchased tickets via credit or debit cards will receive automatic refunds. All cash purchases should be returned to point of purchase at the Tickets300 box office (302 N. University Drive in Fargo; open 10 a.m. – 6 p.m. Monday through Friday).

MarchFourth is a joy-inducing force of entertainment. The colorful explosion of brassy funk, rock, and jazz is all about the groove. This larger-than-life group of musicians and acrobats tours the country year-round, bringing a spirit of celebration wherever they go. MarchFourth is, in a word, FUN!

“Perfectly merging the artistic spirit of Portland with the musical spectacle of New Orleans, MarchFourth put on one of the most complete shows of any band on any stage. From rocking big band jam tunes, choreography and feats of strength that need to be seen to be believed, MarchFourth entertains on every level every second they are on the stage…or off!” ~Live for Live Music

“From the first note to the last, the sound was pumping and the fun never stopped… It’s worth noting that there are serious musicians behind all the fun. It’s obvious these guys (and gals) have had lots of training and formal practice. Talented band geeks turned rebels.” ~USAToday

“Just when you think you’ve heard it all, suddenly a band crosses paths with your ears and changes everything… Full of auditory goodness…” ~NYS Music