RESCHEDULED / An Evening with Leo Kottke 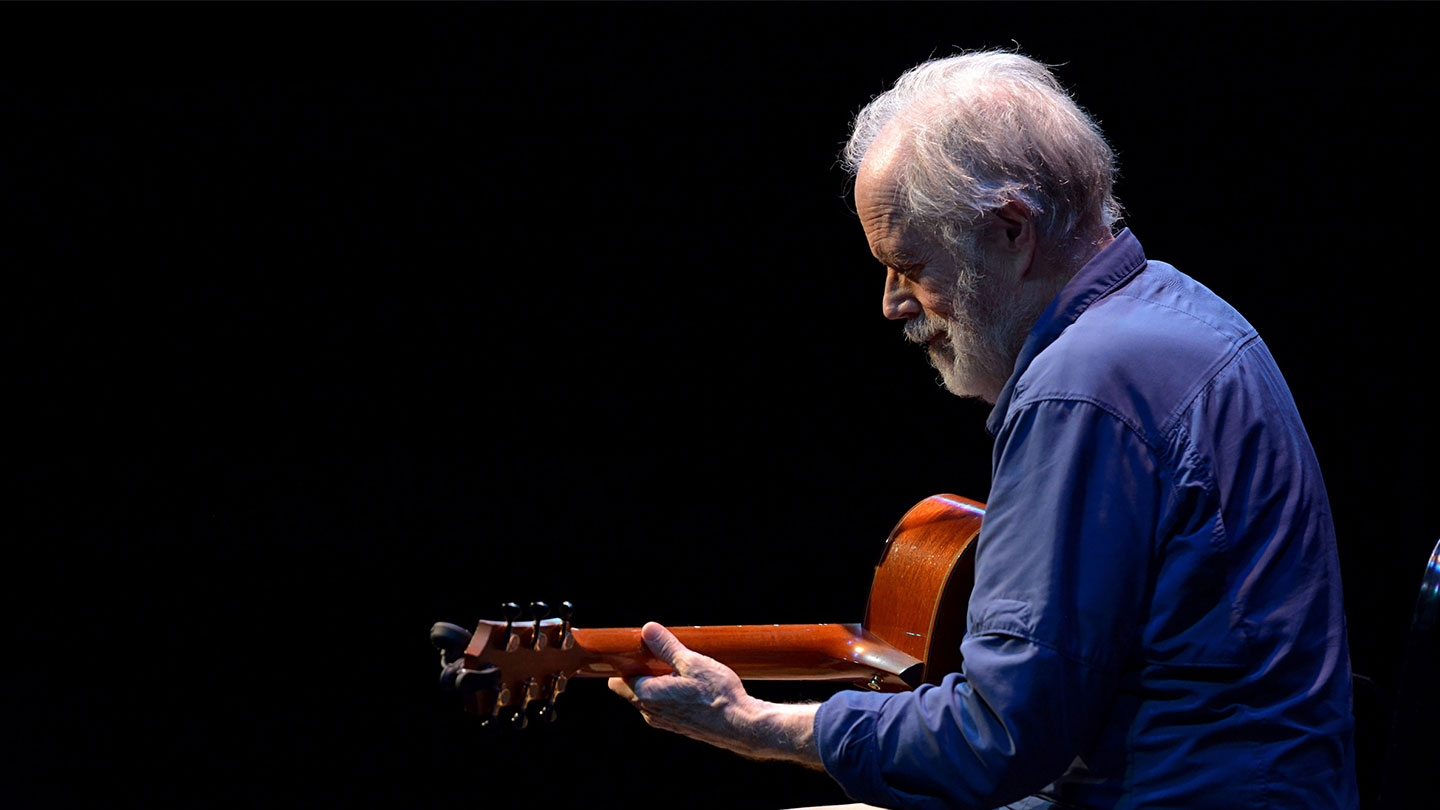 Due to COVID-19 and in keeping with federal guidelines, Leo Kottke at the Fargo Theatre scheduled for Saturday, May 9th, 2020, is being rescheduled to Friday, July 31st, 2020. Any tickets purchased will be honored for the new show date. We apologize for any inconvenience, and please take care of yourself and each other! If you have any questions or concerns, reach out to Tickets300 at [email protected] or 866-300-8300.

Acoustic guitarist Leo Kottke was born in Athens, Georgia, but left town after a year and a half. Raised in 12 different states, he absorbed a variety of musical influences as a child, flirting with both violin and trombone, before abandoning Stravinsky for the guitar at age 11.

After adding a love for the country-blues of Mississippi John Hurt to the music of John Phillip Sousa and Preston Epps, Kottke joined the Navy underage, to be underwater, and eventually lost some hearing shooting at lightbulbs in the Atlantic while serving on the USS Halfbeak, a diesel submarine.

Kottke had previously entered college at the U of Missouri, dropping out after a year to hitchhike across the country to South Carolina, then to New London and into the Navy, with his twelve string. “The trip was not something I enjoyed,” he has said, “I was broke and met too many interesting people.”

Discharged in 1964, he settled in the Twin Cities area and became a fixture at Minneapolis’ Scholar Coffeehouse, which had been home to Bob Dylan and John Koerner. He issued his 1968 recording debut LP Twelve String Blues, recorded on a Viking quarter-inch tape recorder, for the Scholar’s tiny Oblivion label. (The label released one other LP by The Langston Hughes Memorial Eclectic Jazz Band.)

After sending tapes to guitarist John Fahey, Kottke was signed to Fahey’s Takoma label, releasing what has come to be called the Armadillo record. Fahey and his manager Denny Bruce soon secured a production deal for Kottke with Capitol Records.

Kottke’s 1971 major-label debut, “Mudlark,” positioned him somewhat uneasily in the singer/songwriter vein, despite his own wishes to remain an instrumental performer. Still, despite arguments with label heads as well as with Bruce, Kottke flourished during his tenure on Capitol, as records like 1972’s “Greenhouse” and 1973’s live “My Feet Are Smiling” and “Ice Water” found him branching out with guest musicians and honing his guitar technique.

With 1975’s Chewing Pine, Kottke reached the U.S. Top 30 for the second time; he also gained an international following thanks to his continuing tours in Europe and Australia.

Kottke has been awarded two Grammy nominations; a Doctorate in Music Performance by the Peck School of Music at the U of Wisconsin, Milwaukee; and a Certificate of Significant Achievement in Not Playing the Trombone from the U of Texas at Brownsville with Texas Southmost College.