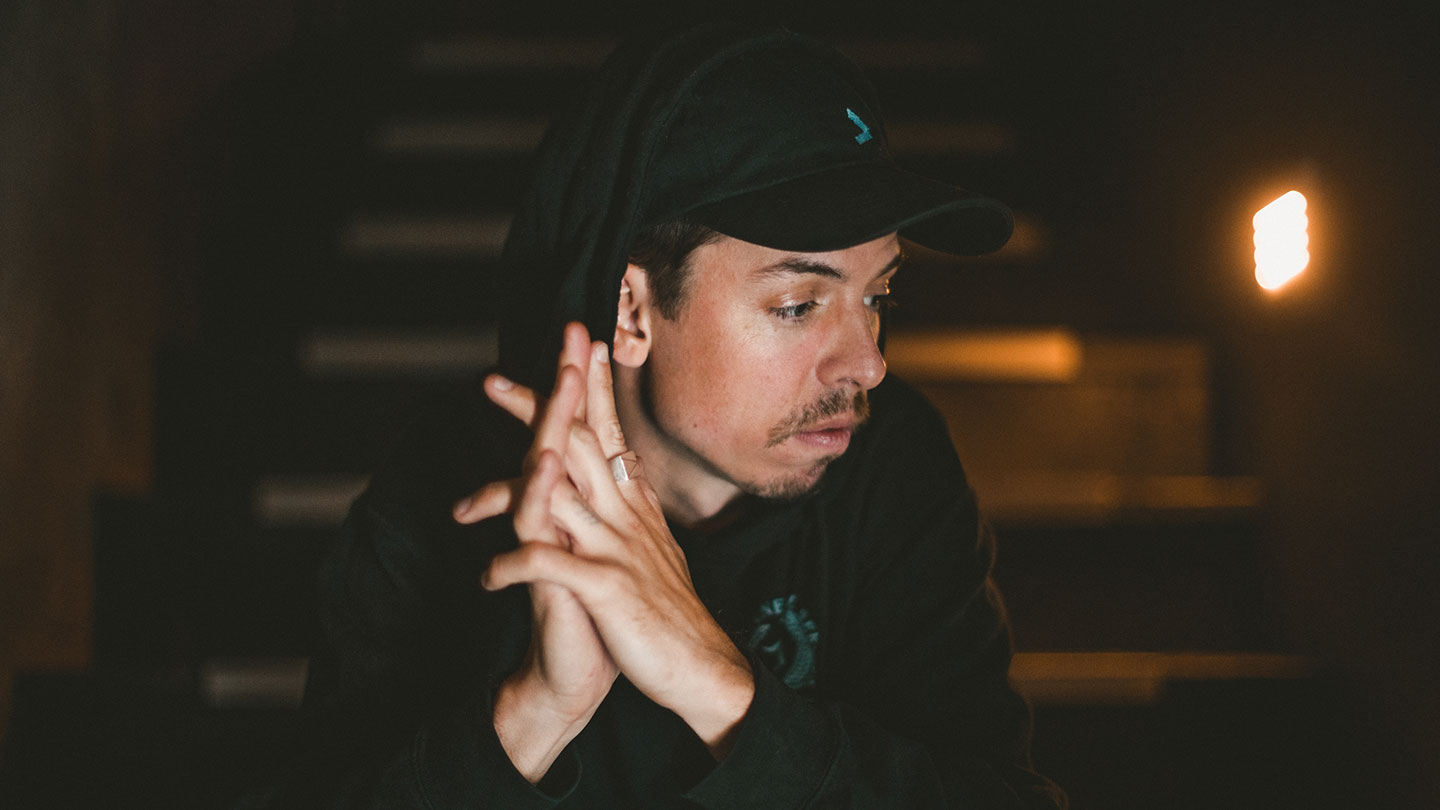 When asked if he always knew he’d end up being a rapper, Benjamin Laub—better known as Grieves—can only laugh. “Oh no, not really,” he says, “I was in bands and stuff, but I grew up listening mainly to Punk stuff. It wasn’t until I got a little older that Hip-Hop really started to happen for me.” When Grieves first heard artists like Mobb Deep and Wu-Tang Clan, he remembers being drawn to their sound. “Hearing all the samples and stuff from records that I heard my dad play when I was a kid… You start to hear the connections. When I discovered people like Atmosphere, it was like hearing somebody speak their truth in a way that related to me. That’s when I first started to think about Hip-Hop as a way to really talk about what was happening in my life. Hard to believe that now, over a decade later, that’s actually what I’m still doing.”

On Running Wild, Grieves’ fifth proper full-length, the Seattle based musician manages to balance the dueling impulses that fuel both his live shows and his previous releases: the need to cut loose and the need to vent. Grieves wants to have a good time while also keeping shit real and honest. While previous efforts like 2011’s Together/Apart and 2014’s Winter & The Wolves might have leaned heavily in the direction of darkness—taking on subjects like addiction, heartbreak, and poverty—the new record introduces some much-needed levity to the proceedings. “I remember a review of one of my records where they were like, ‘This guy sounds like he’s hella intense and really shitty to hang out with.’ I’m like, ‘What the fuck?’ It’s actually the opposite. I wanted this record to reflect that a little more.”

Recorded in Stockholm alongside Swedish producer Chords (aka rapper Jens Eric Resch Thomason), the fifteen tracks on Running Wild do exactly what the album title would imply. Tracks like “Gutz” and “No Sleep” are classic Grieves ruminations on anxiety and romantic bust-ups (“I think about you and say f— you, then you come over and I f— you” he raps on the former), but the record—which features only a handful of guests, all from Seattle—stretches out in a number of surprising directions. Tracks like “Faded” and “RX” experiment with fluttering trap beats, while songs like “What it Dew” and album-closer “5,000 Miles” offer the rich guitar tones and humming organs that one might expect on a classic soul record. It’s a kind of openness—both sonically and thematically—that Laub attributes to how and where the record was made.

“I flew from Seattle to Stockholm on basically zero sleep,” he recalls, “Suddenly I’m there, my first day, and I’m immediately stepping into the studio, which felt like walking into a whole other planet. I’m jet lagged. I’m vulnerable. I’m there, but I’m kind of not. And that’s where some of the best songs came from. I didn’t have the energy to fight myself on anything. Instead of retreating into my own head, I got completely out of it. Songs like “Gutz” are things that I probably never would have done—or could have done—on my own. If something felt weird to me, or uncomfortable, Chords would push me further in that direction. I needed that. Any time I was like, “Nope. I don’t think I can get away with that” he’d say, “That sounds like a perfect reason to give it a try.”

At a time when the notion of the “album” is often summarily ditched in favor records that are little more than a collection of previously released singles, Running Wild is very much an album, and intentionally so. “I really wanted this to be a real record,” says Laub, “I wanted it to work front to back.”

“I’ve been touring for over ten years at this point,” he says. “People have seen my show. They get it. They get who I am as a person and they get who I am as an artist. They get both sides of the spectrum. They get the serious and they get the light heartedness. Until now I haven’t been comfortable with releasing a record that divulges that, that gives what you’re getting at the live experience and what you have come to expect from the records, all in one. The whole idea is to just give people a more authentic experience of me. I’m not just the brooding emotional fuckup from that old record review, the one with no sense of humor who doesn’t sound fun to hang out with. This record is for all the fans who’ve come out to the shows, for everyone that I’ve worked with. For so many years I felt like, in order to have a career, I could only show this one little part of me. I don’t want to do that anymore.”