Starset – Immersion: Part 1 with Palisades, Grabbitz and Year of the Locust 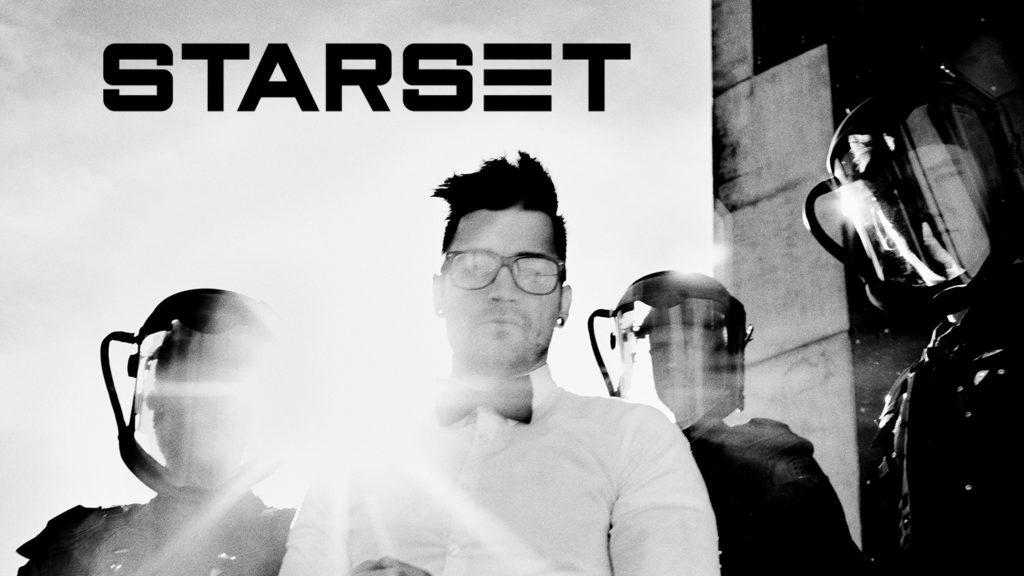 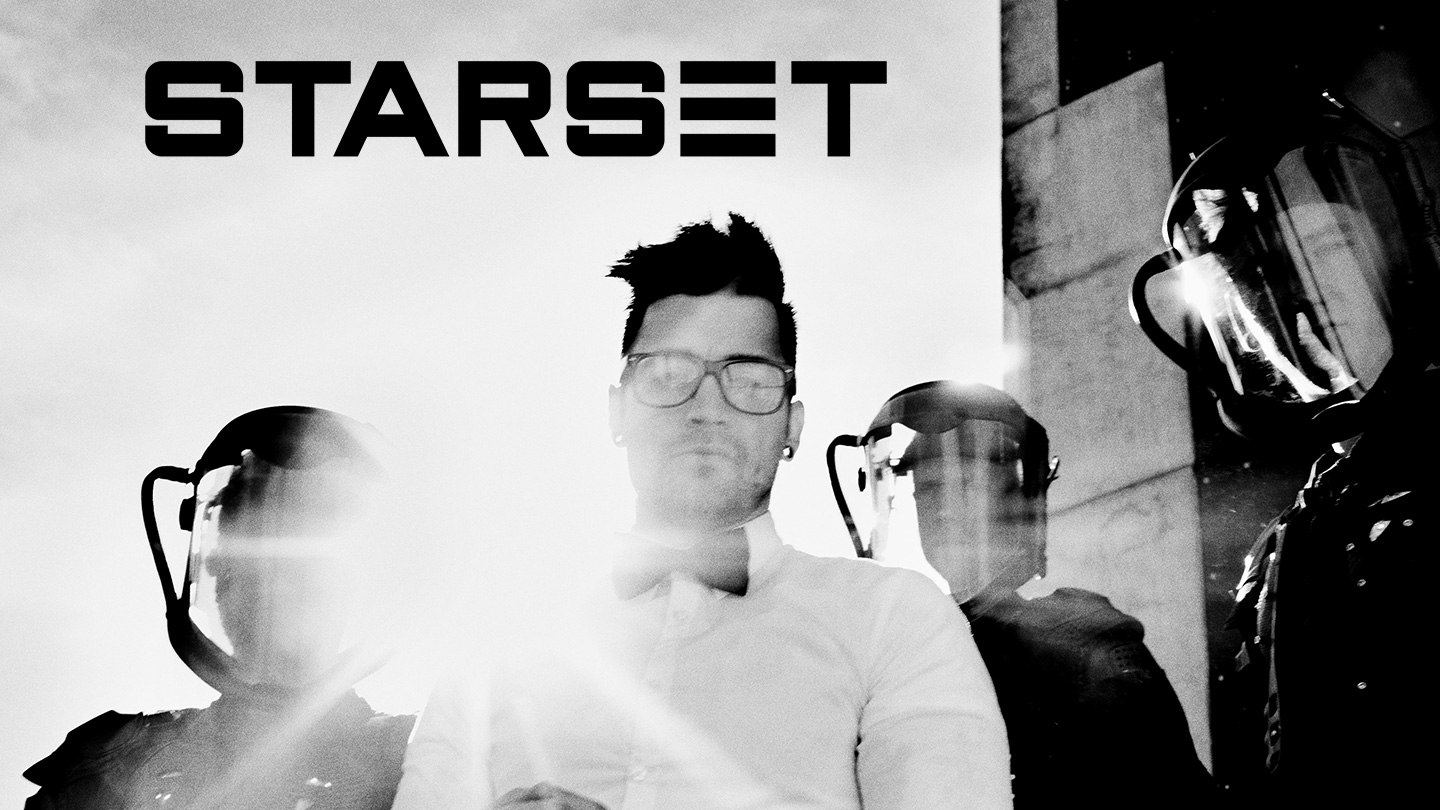 Transmission received. Starset’s new sonic codex, Vessels, builds upon a schema where futurism has become fact and imagination is opportunity. The sophomore release from Starset’s aural architect, Dustin Bates, is a data-stream-rendered-in-sound where Bates’ plaintive howl becomes the deus-ex-machina in an age of information overload – the wail of a ghost in an increasingly complex yet ultimately human machine.

While Transmissions was indeed a landmark album, selling in excess of a quarter million combined albums, streams and downloads, and propelled by singles including the unforgettable “My Demons” (which spent an unprecedented 43 weeks scaling rock charts), Bates approached Vessels with a singular intent on pushing boundaries.

Once again produced by Rob Graves (Halestorm, Red) and mixed by Ben Grosse (Breaking Benjamin, Filter) the results speak for themselves. From atmospheric opener, “Back To The Earth” to the driving hooks of the album’s first single, “Monster” to the catchy, nearly progressive moments of “Frequency,” Bates has succeeded in escaping the gravity of formula radio rock. Instead, he has reimagined his genre-defying vision as an arena where Hans Zimmer interfaces with Radiohead and Trent Reznor.

Where Transmissions’ over-arching concept focused on a message from the planet Prox a future haven from a dying Earth, Vessels splits its narrative into an interconnected interzone of four separate dangerous visions. From a return to Prox to an admonishment of the dangers of genetic engineering to a near future where advances in artificial intelligence defy convenient notions of love, life and death, Bates (who is a PhD candidate in electrical engineering and has done research for the US Air Force) has engineered an aural anthology that will challenge the Starset faithful while delivering on the first album’s powerful promise.

In addition to shattering convention on record, Starset’s live “demonstrations” are slaked on that same alloy of ambition, technology and raw emotion. With over 300 shows logged to date, Bates and his helmeted-and-pressure-suited crew (bassist Ron DeChant, guitarist Brock Richards and drummer Adam Gilbert) have distinguished themselves touring with the likes of Breaking Benjamin and In This Moment, while igniting audiences on major US festivals including Rock On The Range. However, it was four planetarium performances in 2015 including Boulder, Colorado’s Fiske Planetarium and Long Island, New York’s Vanderbilt Museum Planetarium that brought Starset’s live promise into laser-enhanced, telescopic focus.

What began as a near-planetary collision of sound, vision and iconoclastic ideologies inspired by the likes of Nikola Tesla and Ray Kurzweil (AKA: The Father of Singularity) has taken a bold step forward with Vessels. Starset’s message has been received and downloaded. Transmission complete.