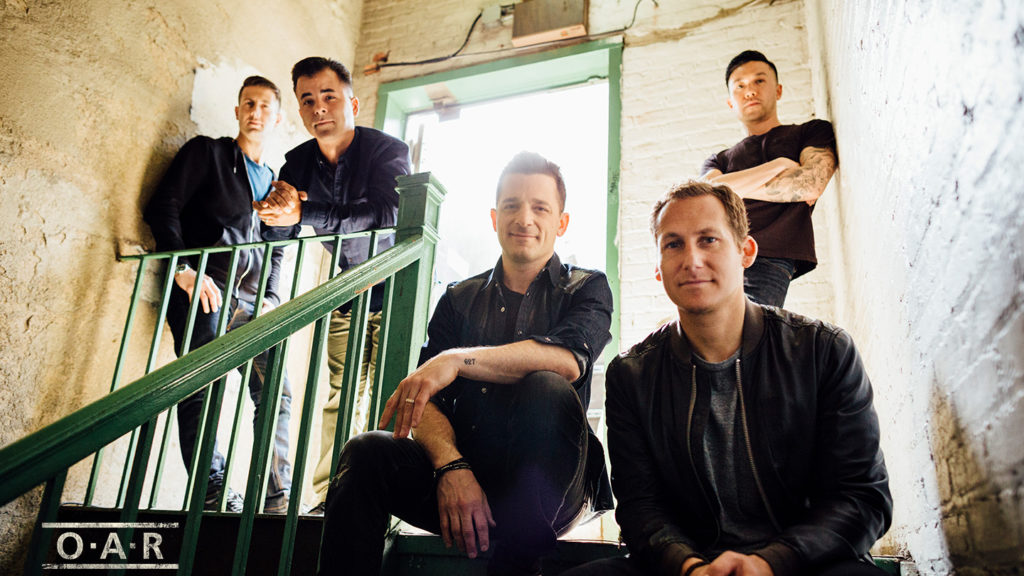 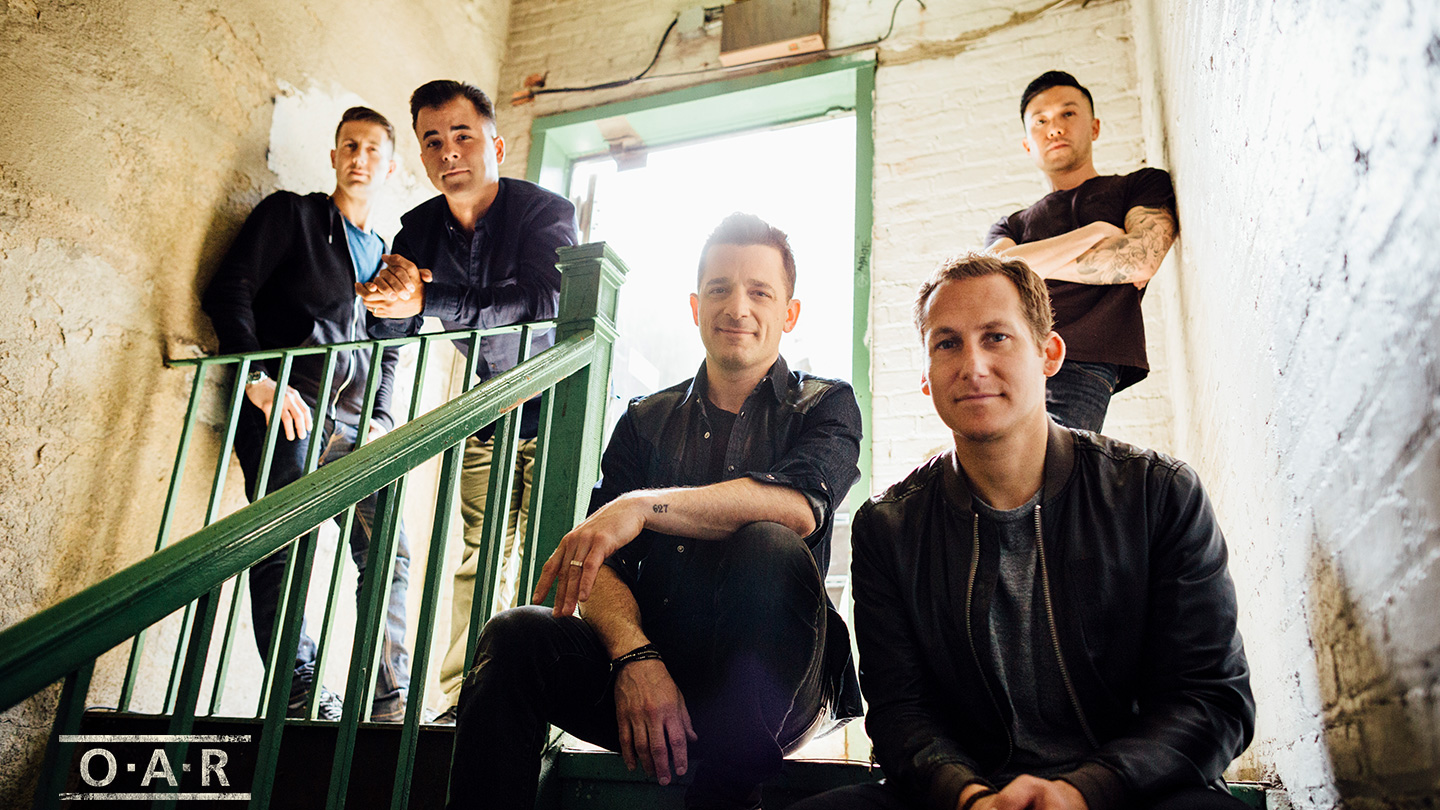 O.A.R. first began to develop their unique sound while in high school in Rockville, Maryland. With three albums under their belt before they finished college, the band began pursuing their musical dreams full time in the summer of 2001. By the end of 2008, the band had released six studio albums and three live double disc CDs. To date O.A.R. has sold close to 2 million albums and more than 2 million concert tickets, including two sold-out shows at New York City’s Madison Square Garden and Red Rocks Amphitheater in Colorado. In 2011, the band released the album, King, which debuted at No. 12 on the Billboard 200 chart, No. 3 on the Billboard Digital Album Chart, and was No. 3 at iTunes. King was the follow-up to the band’s 2008 release, All Sides, which contains the platinum hit single “Shattered.” The band’s album, The Rockville LP, debuted at #1 on the Billboard Independent Albums chart and #6 on the Top Current Rock Albums chart. Upon its release, The Rockville LP hit the top spot on the iTunes Rock Albums chart and #3 on iTunes Overall Albums chart. The album features the songs “Favorite Song”, “Two Hands Up” and smash hit, “Peace”. O.A.R. has performed on such national TV shows as The Today Show, Live with Kelly and Michael, CONAN, and 2015 Special Olympics Opening Ceremony. In 2015, they performed in New York City’s Times Square New Year’s Eve Celebration to a live audience of over 1.5 million plus their concert was broadcast in a worldwide webcast reaching millions of fans!. 2016 marked the band’s 20th anniversary with the release of their new album, XX; a career-spanning collection that shines a light on key moments from the band’s illustrious career and features two new songs including the new single “I Go Through” which was written and recorded as the cameras rolled during the captivating six-part docu-series Evolution of a Song. O.A.R kicks off 2018 with the release of a new single “Just Like Paradise,” and the announcement of a national summer tour.

Based in San Francisco, MATT NATHANSON has evolved into one of the most applauded songwriters and engaging performers on the music scene today. His 2007 album, Some Mad Hope,yielded his breakthrough multi-platinum hit “Come on Get Higher.” His 2013 release, Last of The Great Pretenders, debuted at #16 on the Billboard Top 200 while hitting #1 on iTunes’ Alternative Albums chart. Nathanson’s latest album, Show Me Your Fangs, was hailed as his most adventurous and prolific album to date featuring the songs, “Giants,” “Bill Murray” and “Adrenaline.” Nathanson has been featured as a VH1 “You Oughta Know” artist, and has performed on The Howard Stern Show, Ellen, CONAN, Jimmy Kimmel Live!, Dancing with the Stars, Rachael Ray, and The CMA Awards to name a few.