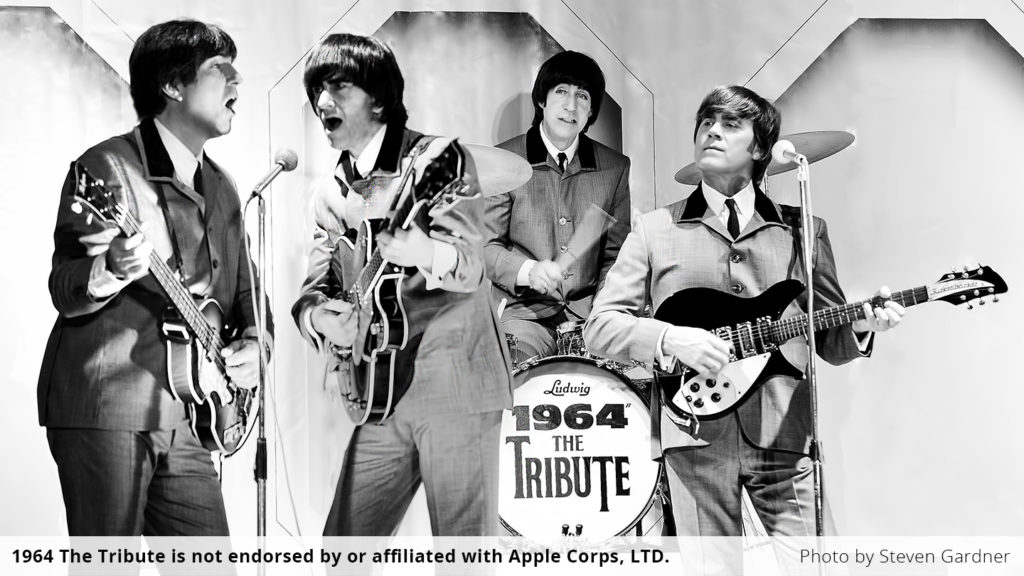 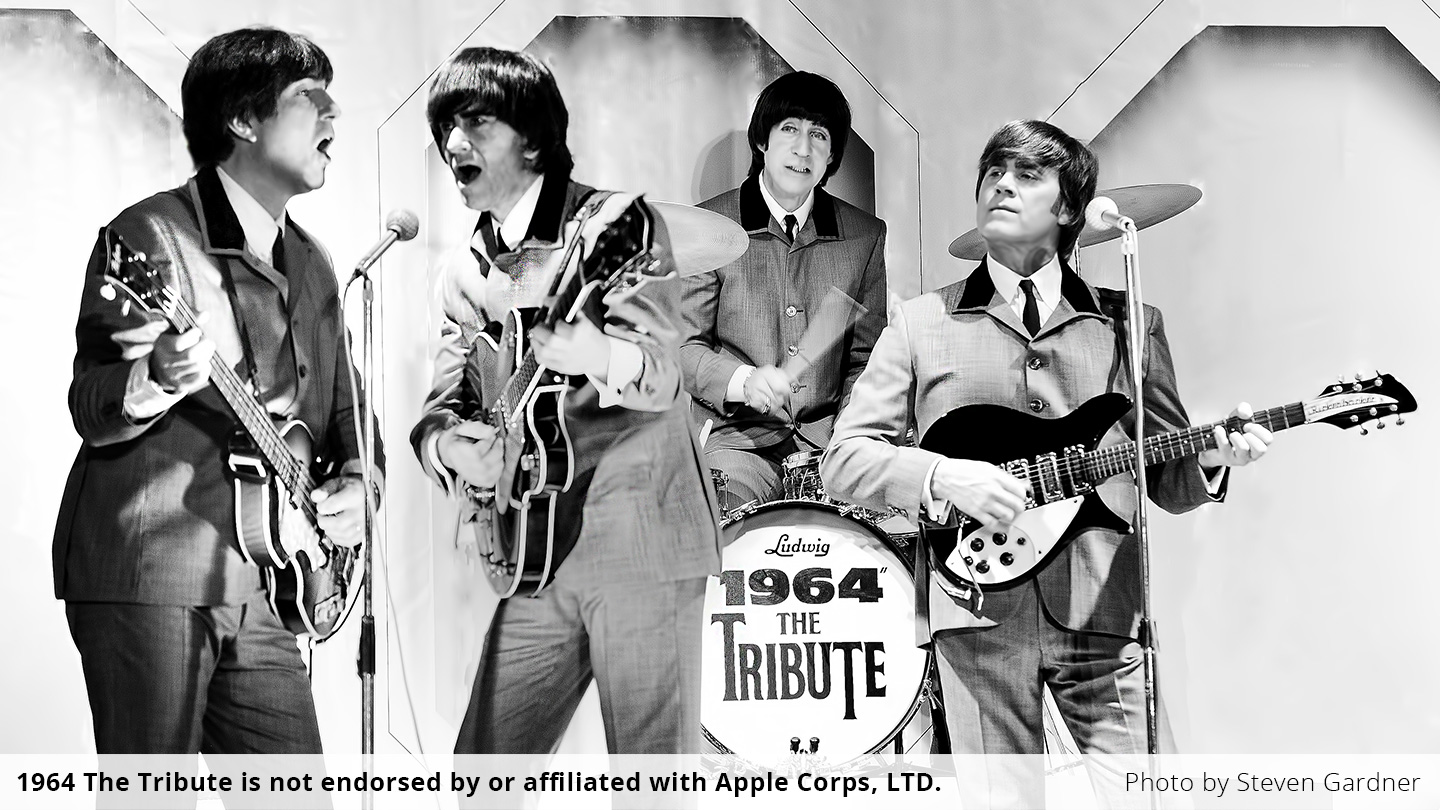 Since the early eighties, “1964”…The Tribute has been thrilling audiences around the globe by taking them on journey through a quintessential moment in music history that will live forever.

Over twenty years of researching and performing have made “1964” masters of their craft. They are hailed by critics and fans alike as THE most authentic and endearing Beatles tribute…which has earned them the distinction from Rolling Stone magazine as the “Best Beatles Tribute on Earth”.

“1964” recreates an early ’60s live Beatle concert with period instruments, clothing, hairstyles, and onstage banter with an accuracy that is unmatched.

*1964 The Tribute is not endorsed by or affiliated with Apple Corps, LTD.