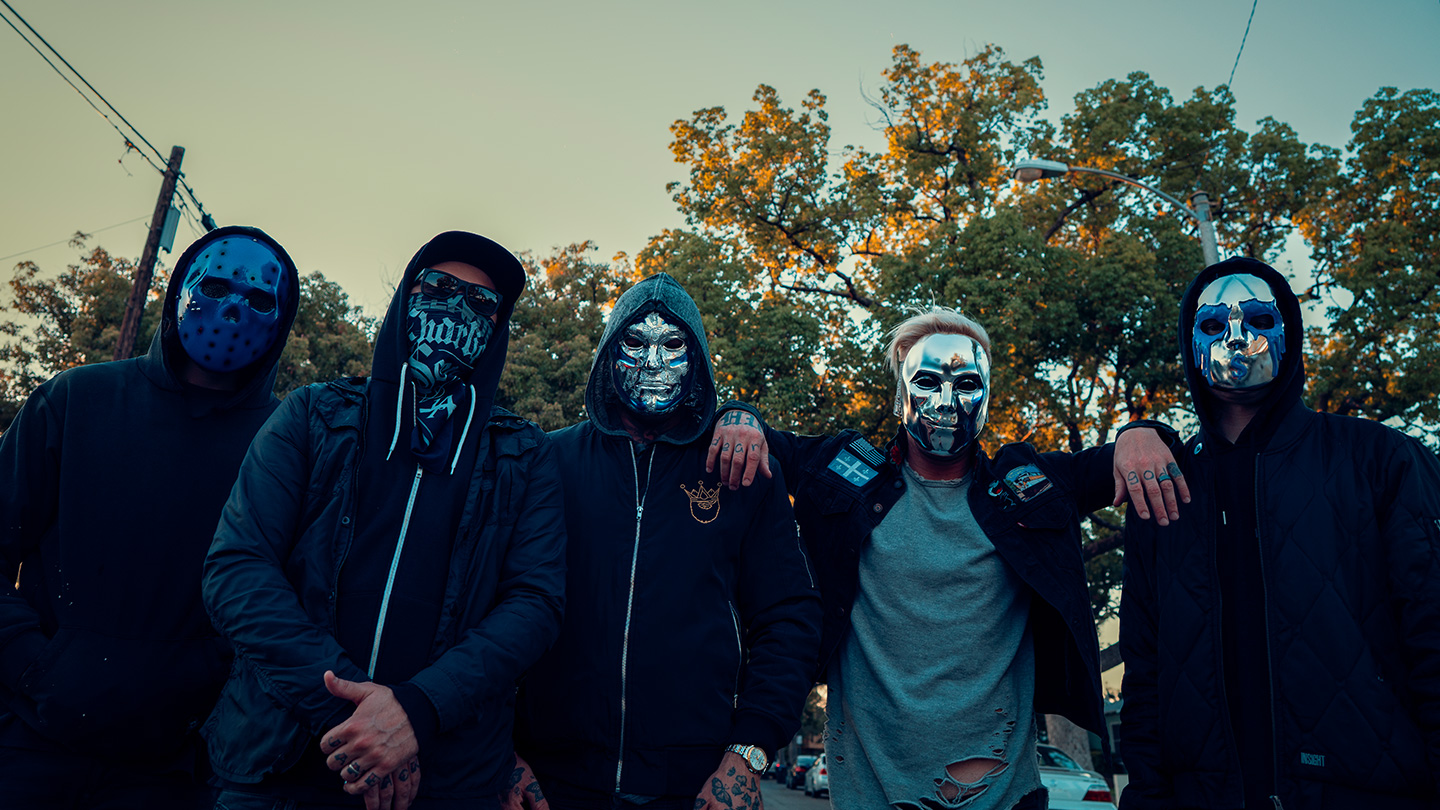 “We’re five brothers, and this is our fifth record,” affirms Johnny 3 Tears. “Nothing gets to the essence of the music like this number does. Numerology has a lot of power. When we said Five, it just made sense. The fact that we could all agree on one word codifies who we are. It also nods back to ‘No. 5’ from our first album, because it was our fifth song. Moreover, it hints at this secret society of fans supporting us for the past decade. The number is significant, and this is a significant moment for us.”

It’s also a moment that the Los Angeles band has been working towards since the release of their RIAA platinum-certified 2008 debut, Swan Songs. Along the way, the group’s unmistakable and inebriating distillation of rock, hip-hop, industrial, and electronic incited the rise of a bona fide cult audience comprised of millions. For the uninitiated, think Trent Reznor producing Enter The Wu-Tang Clan – 36 Chambers in 2020, and you’re halfway there…Quietly infecting the mainstream, their 2011 sophomore effort American Tragedy went gold and bowed at #4 on the Billboard Top 200, while 2013’s Notes From The Underground seized #2. In 2015, Day of the Dead spawned another smash in the form of the title track, which amassed 21.1 million Spotify streams and 17 million YouTube/VEVO views. Known for atomic live performances, the quintet regularly sells out shows around the world from Massachusetts and Miami to Moscow and Manchester. They’ve toured alongside the likes of Avenged Sevenfold, Korn, and Stone Sour in addition to notching features from Billboard, Rolling Stone, Alternative Press, Revolver, and more.

2016 saw Hollywood Undead unfurl the next chapter of this saga. For the first time, the band found itself free from the major label system. They launched their very own imprint Dove & Grenade Media and forged a strategic alliance with BMG. That independence became a cornerstone of the creative process behind Five.

“This time around, we took matters into our own hands more as a band,” says J-Dog. “We did more writing and producing ourselves. We were more hands-on than ever before. We realized that nobody knows our music better than we do. When we made this record, we didn’t have to think as much. We could go with our hearts more. It’s a group effort. One or more members put their blood, sweat, tears, and soul into every song. We took the reins of our own destiny.”

“We had complete creative control,” Johnny 3 Tears continues. “BMG is a partner with us. We’re working together. They saw our vision. It wasn’t about pandering to anyone or having to write a hit single. Because everything fell on our shoulders, we really held ourselves accountable. Also, now that we’re an indie band, we might finally get some of that hipster pussy.”

…Time certainly hasn’t softened their sense of humor, nor their edge for that matter—only sharpened both. Five bursts out of the gate with the opener and first single “California Dreaming.” Powered by neck-snapping guitars and fast and furious bars, the song cycles between guttural rapping and quick quips. Everything culminates on the choral chant “We never sleep, in California we’re dreaming.”

“It dissects both sides of California,” J-Dog reveals. “You’ve got the glitz, glamour, sun, and surf. Then, you’ve got the super fucked side of people not being able to afford rent, celebrities being assholes, and that fake façade. We wanted to do a heavy song with a Red Hot Chili Peppers-esque chorus. It’s an old school vibe explored in a new way.”

Elsewhere, “We Own The Night” struts between stadium-size guitars and a visceral volley on the verses punctuated by lines like, “If you fuckers want to die, fucking with Undead is like committing suicide.”

“It’s the quintessential Hollywood Undead song,” exclaims J-Dog. “It’s got that shit talking. There’s a fresh vibe with the organ though. We were inspired by Hans Zimmer’s use of it in Interstellar, so we added this cinematic element to the track.”

The airy and ominous “Bad Moon” explores “a fascination with the occult and fucked up things people do at night,” while “Ghost Beach” represents another breakthrough as the first “HU song with all clean vocals.”

“Your Life” closes Five with elegiac keys, jagged riffing, and an 808-boom propelled by edge-of-your-seat raps and an undeniable plea, “It’s your life. It’s do or die.”

“We were shitfaced drinking in the rain under an awning on Wilcox Avenue in Hollywood at three in the morning,” recalls J-Dog. “That’s how the chorus came about.”

“It’s true,” smiles Johnny 3 Tears. “I love when ideas come about organically. It’s personal, but it’s a statement for everyone. It might be cliché to say, but it needs to be repeated: You can’t waste your fucking time. It’s a self-affirmation. Every moment you waste worrying is a moment you could’ve been done something that might actually have consequence by the day you die.”

Threading together this collage of metallic instrumentation, street corner poetry, and industrial haze, the group tapped the mixing talents of Dan Lancaster [Bring Me The Horizon] for all 14 tracks, while reteaming with longtime collaborators Griffin Boice and Sean Gould behind the board.

A decade on, the raw anger and passion that defined Hollywood Undead since day one is more dangerous than ever before.

“A lot of guys who have been in bands a lot longer than we have say stupid shit like, ‘It’s just a paycheck at this point,’ but that is so not the case—we still eat, breathe, and live Hollywood Undead,” J-Dog leaves off. “We still write music as if it’s our first record, and we have to prove ourselves every single time. This is our whole world. We appreciate how far we’ve come. We appreciate that we’ve gotten to travel the world. We’re passionate about life, family, and shit we put our energy into. We’ll forever be Hollywood Undead. It’ll always be ingrained in us. I think that’s why people connect to us. They know it’s genuine.”

“Everything else in my life has come and gone at some point or another except for Hollywood Undead,” concludes Johnny 3 Tears. “It’s much more than just a band. We had a fellowship long before we started writing music together. I’m just so happy the people I get to write music with happen to be my best friends as well. It’s interesting because we’ve gone through so much in life together before Hollywood Undead. Going through this experience, it’s much more than the band to me. I can’t imagine life without it. Long after we stop someday, it’s going to be something I look back on and appreciate. Our fans make us feel like we’re in the biggest group in the world. How much they care about the music inspires us to never let them down. Five is for them.”